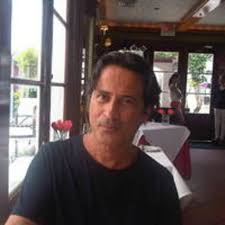 Enrique Peruzzotti will speak about the many novel threats that democracies face, and which can no longer be apprehended by resorting to the theoretical paradigms and concepts that were influential in the XX century, such as the democratic breakdown model developed by Linz and Stepan or the notion of coup d’état. Today, the kind of menaces that democratic regimes confront do not unfold in a white and black setting of conflict between openly democratic and openly authoritarian coalitions but take place in a gray scenario where competing understandings of democracy confront one another.  The axis of political conflict has been displaced from that of democracy/authoritarianism to one of competing and opposing notions of democracy. In such a setting, controversies arise on how to interpret contemporary political developments such as those that recently took place in Bolivia or regarding the status of the Venezuelan regime.

In brief, the third wave of democratization has significantly changed the political landscape to the extent that the most likely threats to democracy are being promoted by elected authorities and are frequently justified as democratizing interventions. The presentation will propose the notion of democratic hybridization as a lens to understand that novel type of scenario in which  a) there is no undisputed event to mark a process of institutional rupture; b) there is no sudden interruption of constitutional arrangements and no overall attempt to break with the principle of democratic legitimacy but a gradual change of rules via the selective targeting of specific features of liberal democracy; c) there is no displacement of the elected authorities by unelected elites but the reforms are carried out by popularly elected leaders.

Enrique Peruzzotti (Ph.D. in Sociology, new School for Social Research) is Chair of the Department of Political Science and International Studies of Torcuato Di Tella University and an Independent Researcher of CONICET.  His research has focused on questions of democratization in Latin America, the nature of democratic accountability, the global rise of populism, and on the politics of civil society.