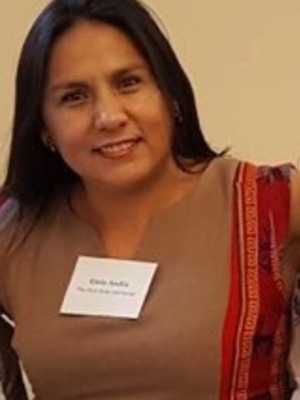 Unlike commonly taught languages, most Indigenous ones share a particular characteristic: The lack of material for language instruction and the challenge of identifying abundant sources of input for their classes. In many cases, it is necessary to adapt existing materials from other languages to achieve language learning goals, but in doing so, we usually find materials lacking the cultural knowledge of Indigenous people. In addition, many major languages have established proficiency standards (e.g., CEFR and ACTFL). Are these standards applicable to Indigenous languages?

While Indigenous language courses may be similarly designed to those of major languages in their application of real-world language use and content organization, differences arise when defining levels of proficiency which must be culturally appropriate. As such, the active participation of a culturally competent language instructor in the course design process is imperative for the development of effective and relevant proficiency standards unique to the language.

This talk will discuss best practices in designing Indigenous language classes rooted in ACTFL standards to promote oral proficiency. While examples will be drawn from Quechua, the topic is applicable to all languages.

Bio: Elvia Andía is a linguist specializing in the study and instruction of Bolivian Quechua and Spanish. She holds a Master's degree in Linguistic Policy of Indigenous Languages in Higher Education. Her research investigates the role of Quechua in such policies, particularly in the Quechua Public Indigenous University in Bolivia. She has worked as the Departmental Coordinator in the Ministry of Education for the country of Bolivia in Intra- and Intercultural Multilingual Education. Andía joined Ohio State in 2016 and coordinates the Quechua program for both undergraduate and graduate students across six institutions.
She is the world's first certified OPI tester for Quechua and has published on teaching methods and Indigenous stories. In 2019, she won the Premio Guamán Poma de Ayala in Indigenous Language, a national literature prize in Bolivia, for her novel written in Quechua.

Co-sponsored by the Language Resource Center and Latin American and Caribbean Studies Program.

This event will be streamed live over Zoom.