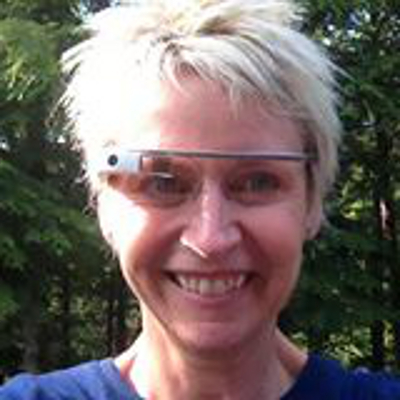 Everyone has heard of Google Glass, but how will this device affect our daily life, research, and experience in the classroom? Join beta tester Cynthia Johnston Turner, director of Wind Ensembles at Cornell, as she presents her experience with streaming content to audiences, developing apps, and life as a conductor and humanist wearing Google Glass. The discussion will be streamed live at http://alumni.cornell.edu/livestream/glass and question and comments will be monitored on twitter, #janetsjaunt. Seating is limited. Email pm75@cornell.edu to reserve a seat.

Cynthia Johnston Turner is the Director of Wind Ensembles, overseeing the Wind Ensemble, Wind Symphony, Chamber Winds, and other chamber ensembles. She also serves as faculty advisor to CU Winds, a student-driven organization devoted to the promotion and performance of wind music. Cynthia has commissioned numerous new works for wind band and she continues to actively promote commissions by today’s leading composers around the world. She works closely with the Cornell DMA candidates in composition to help present their new works for wind ensemble in concert and in recordings.  Under her direction, the Wind Ensemble was invited to perform at the College Band Directors National Association’s Eastern Division Conference in 2007 and 2012. In 2008, the Merrill Presidential Scholars at Cornell recognized Cynthia as an outstanding educator, and in 2009, she was awarded the Kaplan Family Distinguished Faculty Fellowship. Ensembles under her direction have been praised by such composers as Steven Stucky, William Kraft, Steven Bryant, Dana Wilson, Roberto Sierra, and Karel Husa.