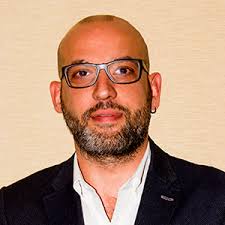 This talk follows the pathways of a ziyarat (saint visitation) route, also known as Hajj-e Fuqara’ (pilgrimage of the poor) from bus stations in Iran through a bazaar in Gaziantep, Turkey to the Sayyida Zainab shrine near Damascus, Syria. Often referred to as Hajj-e Fuqara’ (pilgrimage of the poor) in Iran, this route has shuttled Iranian pilgrims as well as contraband goods such as oil, sugar and tobacco, across the three countries since the 1979 Revolution in Iran. This talk departs from the premise that Hajj-e Fuqara’ can be productively understood as a region-making route. In its pathways of this route, I trace the inter-articulations of saint visitation (ziyarat) with contraband commerce circuits (tejarat). In contrast to those who see in Islamic ritual the pre-determined stage for ethical cultivation and self-making pedagogy, in Iranian Pilgrims in Traffic, ritual emerges as a traffic built out of multiple cycles of religious, political and economic exchange. As a historical anthropology of this emergence, the project re-centers ritual in the anthropology of Islam as a generative dimension of social action and spatial production on a regional scale. On shifting political terrain through which buses of the Hajj-e Fuqara’ route moved, ziyarat and tejarat routes intersected in a traffic itself conditioned by differential mobility across borders. When studied ethnographically and historically that traffic—spun by pilgrims from Iran, Antep bazaar merchants, contraband couriers and Damascene shrine heirs over four decades—is a productive diagnostic of the uneven historicity and sociality of ziyarat as an Islamic ritual.