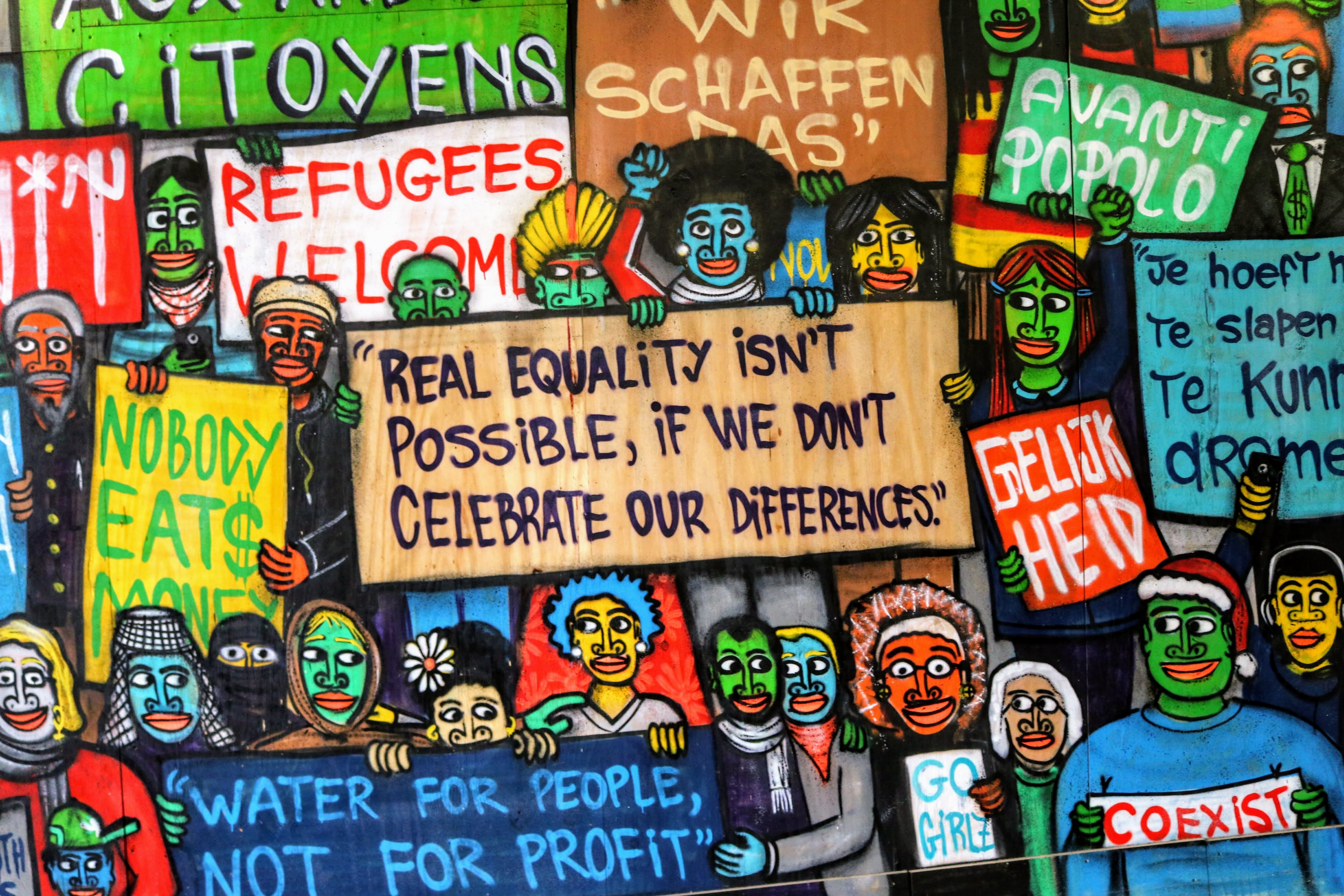 During this cross-curriculum workshop, educators will engage in activities that integrate world-area knowledge from regions such as South Asia, Southeast Asia, Latin America, and Africa by exploring inequalities, identities, and justice, both historical and contemporary issues. Teachers will explore ideas on how to use the experience of the protests against racism and structural inequality, which crescendoed in the United States and more than 60 countries around the world in 2020. Doing so will grant them extensive knowledge about intersectional inequalities worldwide where marginalized groups struggle to access resources, health, rights, security, and well-being. Topics will address inequalities experienced across the globe, including cleavages in a society like race, religion, gender and sexuality, class, caste, language, and ethnicity.

The nature of this theme, the 2022 ISSI, will be suitable for elementary, middle, and high school teachers from various disciplinary backgrounds. Participating teachers will complete a lesson plan that incorporates content from the workshop with the support and guidance of our outreach staff.

Fábio will present how climate change exacerbates already existing inequalities, injustices, and vulnerabilities, taking as a departing point his own fieldwork at the Tapajós River (Pará Brazilian amazon), and the questions around the denial of indigenous identity by soy farmers. He will also mention other examples of how environmental conflicts and soybean expansion in the savannah-like biome named cerrado have exacerbated the sanitary vulnerabilities of the Xavante people during the Covid-19 pandemic.

The contemporary European-inherited systems of formal education that were introduced to African societies during the colonial era, were at their inception imbued with inequality on various grounds. Among the grounds of inequality, the gender-based imbalance was the most persistent, with typical patterns of female under-representation in education. In the 20th century, after independence, there was considerable progress in female enrolment, due to robust policies. However, in many countries, a plateau had peaked dating decades back. However, numerous reforms that are in place, lack either consistent implementation or tend to reproduce and intensify gender inequality. The gaps, which exist at the basic level, tend to generally widen in higher education. Furthermore, post-secondary education tends to be characterized by gender-based disciplinary clusters that have negative implications for the female population. These distortions impede access to education for girls and women, a basic human right. Furthermore, considering the centrality of formal education that translates to socio-economic attainments of individuals, families, and ultimately national development of the State, it is imperative to undertake educational policies that are transformational.

In this talk, Bhan discusses how Narendra Modi and his right-wing Hindu allies’ from the BJP, India’s ruling Hindu majoritarian political party, have diligently promoted “Hindu exceptionalism” as a framework for everyday governance (Bhan and Bose 2020). A vital goal of the BJP government since it came to power in 2014 was to establish India as a “Hindu Rashtra (nation)” and frame Muslims as foreign invaders responsible for diminishing Hindu glory and weakening India’s ancient and unique Hindu civilization. Bhan draws from her ethnographic fieldwork in the Indian-occupied region of Kashmir to discuss how Hindu exceptionalism has sanctioned unprecedented violence against Kashmir’s Muslim populations. She also explores how this legitimized settler-colonial interventions to materialize India’s transformations into a Hindu Rashtra.

Since 2012, Myanmar's Rakhine State has been a site of communal violence and human rights violations. While around a million Rohingya now live in Bangladesh as refugees, hundreds of thousands of others were (and remain) internally displaced. A large majority of Rohingya have lost not only their homes, but also their citizenship and access to higher education and proper medical care. Mutual misunderstandings and lack of trust between Rohingya and members of other ethnic groups, especially the Rakhine, have caused persistent communal tensions that often boil over into communal violence. As a result, Rakhine State had become the most volatile state in Myanmar. However, there have recently been some positive developments. Awareness-raising on social cohesion by local civil society organizations and the political changes that have occurred following the military coup in 2021 have contributed to these improvements. This talk will explain how communal tensions between the Rohingya and other ethnic groups have evolved and how recent political changes have contributed to ameliorating these tensions in Rakhine State.

One of the major criticisms levelled at area studies disciplines over the last twenty years is that the division of the globe into distinct geo-political regions (e.g. “East Asia”) was initially undertaken in the interest of U.S. national security, rather than with a mind to greater cross-cultural understanding and collaboration. As a result, flagship Area Studies classes such as “Introduction to Japan” have tended to posit the target culture as an object “over there” which requires analysis precisely because it is distinct from “our” way of life “over here”.  In a world in which border- and culture-crossing is increasingly the normal experience however, this assumed affinity between region and identity is becoming rapidly out of date and, from the perspective of students, largely irrelevant to their experience of the world as a single global continuum. In this presentation, I foreground a pedagogical approach in which I center authorial positionality, rather than national positionality, in relation to East Asian histories and societies. Rather than assuming that an author speaks for Japan, for example, what might it mean to think of them writing from or even to Japan? Why limit area studies to a study of those we assume to be from or representative of the “area” at all? By thus foregrounding an approach to “area” from a social, rather than national-cultural positionality, students are encouraged to consider social relations as a global operation, rather than one that is nationally or even culturally confined.