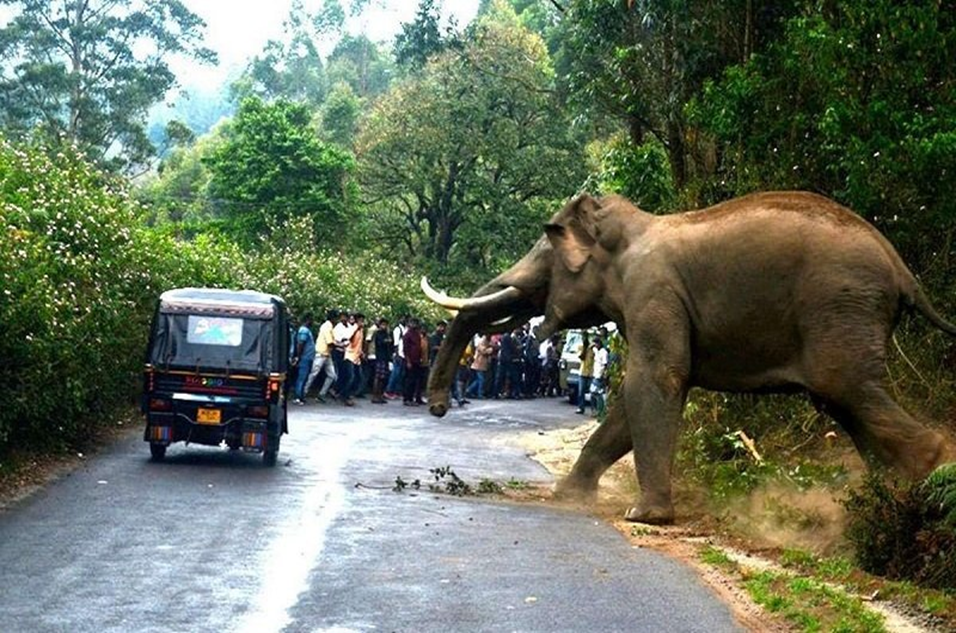 In Search of an End to Human-Elephant Conflict, by Rohan Munasinghe

Elephants roam in about 60% of the land area in Sri Lanka, and in about 70% of that, the rural communities also live and cultivate, creating the perfect grounds for a deadly conflict. A total of 407 elephants and 121 farmers died because of human-elephant conflict in Sri Lanka in 2019 recording the world’s highest death toll due to human-elephant conflict (HEC) in that year. Crop and property damage due to HEC is already overwhelming, and there is no remedy in sight. Electric fencing, elephant raids, and elephant tracking have been exercised for decades now with very limited success. Deforestation, ill-planned development projects, and human encroaching are often blamed as the causes of HEC, however, such causes are irreversible, therefore, it’s time to have a fresh look at the problem and device such solutions that are effective. The way the problem is twined indicates that the key to save elephants is to stop elephants from crop-raiding and killing people in the form of unexpected close encounters. This is only possible if people know at least few minutes in advance the whereabouts of approaching elephants, so that they could team up and deliver a safe response before it is too late. So, is it possible to localize elephants from a distance? Well, the rumbles- the low frequency (14-24Hz) elephant calls might help. Particularly the seismic component of rumbles that propagate long distances through soil could be detected by an array of geophones to triangulate and localize elephants.

Rohan Munasinghe is a Fulbright Scholar at the Department of Global Development, CALS. He is a Professor at the Department of Electronic and Telecommunication Engineering, Sri Lanka where he works on several areas including human-elephant conflict, precession agriculture, drone applications, and adaptive traffic control. At Cornell, he intends to collaborate with the faculty at the Department of Global Development, the Ornithology Lab, Cornell AgriTech, and the CTL. He has written a textbook on control systems for undergraduates and have published many research papers. Rohan also leads the Technology Transfer Office of the University of Moratuwa, Sri Lanka where he gives leadership to IP management, Technology commercialization, and startup acceleration. Prof. Munasinghe has undergone training on intellectual Property at the CLDP, USPTO, and the University of New Hampshire. He also has completed WIPO DL courses on intellectual property. He has eight patents, seven designs, and one PCT pending. He has incorporated two startups with his students. Prof. Munasinghe provides his service to several national entities such as the National Science and Technology Commission, Center for Research and Development, National Innovation Agency, and National Science Foundation. He is a Charted Engineer, Senior Member of IEEE, and a member of Robotics and Automation Society of IEEE.

Registration is required if joining virtually

Cornell community only if attending physically. Open to the public virtually.