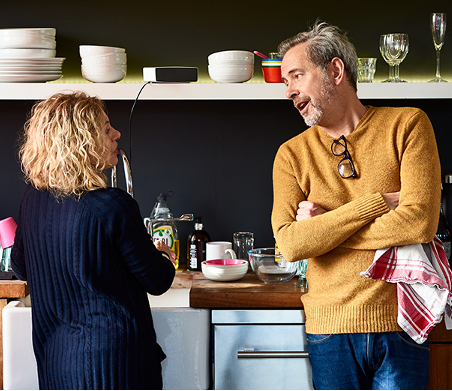 He Said, She Listened: Mansplaining, Gaslighting, and Epistemic Entitlement

What are the underlying causes of misogyny? In many cases, it stems from a wrongheaded sense of moral entitlement to a woman’s sexual, emotional, reproductive, and material labor.

In this session, writer and philosopher Kate Manne will introduce another form of entitlement that can be thought of as epistemic: a sense of entitlement to be the designated knower or informant, or the agent who issues authoritative explanations. Professor Manne will connect the notion of epistemic entitlement with a variety of problematic behaviors, including mansplaining, gaslighting, and misogynistic anger at the expert testimony of women.

Kate Manne has been teaching at the Sage School of Philosophy at Cornell University since 2013. Before that, she was a junior fellow at the Harvard Society of Fellows (2011–2013), did her graduate work at MIT (2006–2011), and was an undergraduate at the University of Melbourne (2001–2005), where she studied philosophy, logic, and computer science. Her research is primarily in moral, feminist, and social philosophy. Her first book Down Girl: The Logic of Misogyny (New York: Oxford University Press) came out late in 2017 (copyright 2018). It constitutes a systemic exploration of the nature, function, and social dynamics of misogyny, even in allegedly post-patriarchal contexts such as the US, the UK, and Australia. Her latest book Entitled: How Male Privilege Hurts Women (Allen Lane/Random House) was released in August 2020.

The Annual Invitational Lecture of the Society for the Humanities is designed to give a Cornell audience a chance to hear one of our distinguished Cornell faculty members, who may frequently speak at other universities but whom we seldom have the privilege of hearing.

Register for this event in advance with eCornell:
https://www.ecornell.com/keynotes/overview/K021921a/

Society for the Humanities, Philosophy