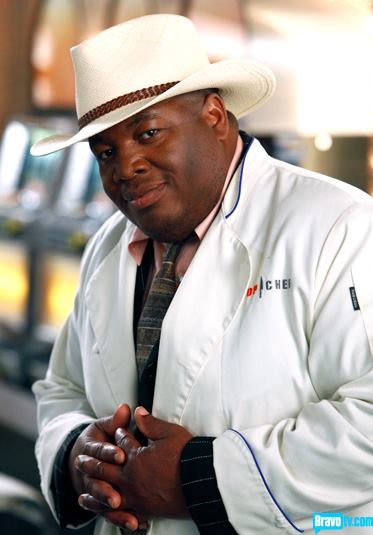 Guest Chefs provides SHA students the opportunity to work alongside nationally acclaimed chefs to create a unique dining experience. This year the Guest Chefs series will feature an all star line up that will be sure to excite the food lover in everyone. The dinners will be held in the Park Atrium of the School of Hotel Administration.

Chef Ron Duprat's culinary journey began in Haiti in his grandmother's kitchen. Chef Duprat's passion led him to the states where he studied at the Culinary Institute of America. Now, with over 20 years of experience, Ron has received many accolaids including distinguished recipient of the 2008 & 2009 AAA Four Diamond Award. His resume includes Executive Chef at the Hollywood Beach Marriott Hotel, the Montauk Yacht Club, and Pelican Bay Country Club, to name a few. Chef Duprat may be recognized as a fierce "cheftestant" on the sixth season of Bravo TV's highly nominated hit show Top Chef: Las Vegas. His zest for life and charisma kept him on the show long enough to gain a number of followers and fans that still support him to this day. Following his appearance on Top Chef in 2009, Chef Duprat has appeared on Good Morning Florida and featured in a wide range of publications. Chef Duprat has been traveling the country, cooking for celebrities including Beyonce, Usher, and even Haiti's president elect, Michel Martelly. Chef Duprat will soon add restauranteur to his repertoire as he pursues his dream of opening a restaurant. Chef Duprat is also affiliated with organizations that contribute and give back to the culinary community including American Culinary Federation, Real Men Charities Inc., Black Culinary Alliance, No Hungry Kids, the College of Culinary Arts in Miami, First Lady Michelle Obama's Let's Move!, and Basil Magazine's Chef Council.