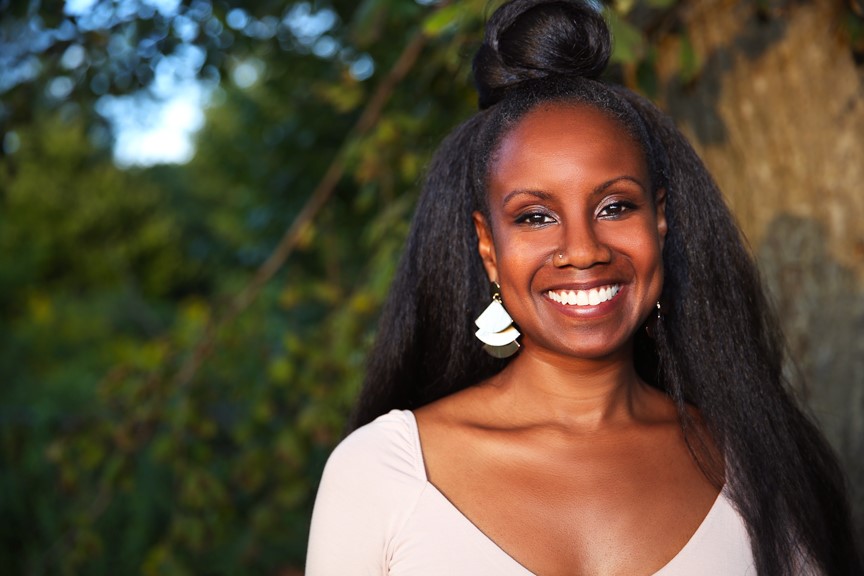 Cornell Performing and Media Arts (PMA) Guest Artist in Dance Ayo Jackson will give the performance, "White is the New Black," on Friday, November 22, 2019, at 4:30pm in the Class of '56 Dance Theatre, Schwartz Center for the Performing Arts. This event is free and open to the public.

Ayo Janeen Jackson received her MFA in Performance Art at School of the Art Institute of Chicago (2018). She received her BFA at North Carolina School of the Arts and is a former member of the Bill T. Jones/Arnie Zane Dance Company, Ballet Preljocaj, and the original cast of Spider-Man on Broadway.

Jackson received a Princess Grace Award in dance (2004). She danced for the French pop star Mylene Farmer for her tour and worked with Julie Taymor on the film Across the Universe and Grendel, an opera. She served as the associate choreographer for the workshop of Superfly, a musical and the Presidential Scholars Program at the Kennedy Center both directed by Bill T. Jones. She appeared in the film Black Nativity; the opera, Anna Nicole; and episodes of Boardwalk Empire, The Knick and HBO’s Vinyl. She recently choreographed An Octoroon in Philadelphia. Her visual artwork has been on display at La Maison d’Art and the Harlem Arts Festival (2016).

This fall Jackson launched the first leg of her performance art piece Walking with Freedom, The Heritage of the Black Imagination, where she retraces the pathway of Harriet Tubman. Jackson is an artist in residence at Elsewhere in Greensboro, NC.

This guest artist in dance program made possible through the generous gift of Cheryl Whaley and Eric Aboaf.