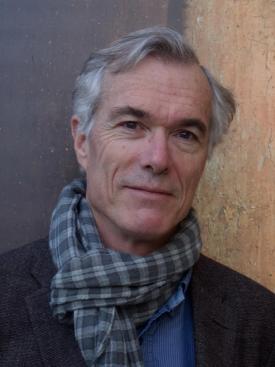 The Annual Hu Shih Distinguished Lecture welcomes Tim Brook, History, University of British Columbia.  He will speak on Government for the People: Troubling Legacies of the Confucian Statecraft Tradition .

Americans are familiar with Lincoln’s “of the people, by the people, for the people,” while Chinese citizens are familiar with Sun Yatsen’s “three principles of the people.” They are parallel discourses of government, but rise from different traditions and anticipate different outcomes. On the Chinese tradition of government for the people, no-one writes more clearly than Qiu Jun (1421-1495), chancellor of the National Academy and compiler of the authoritative handbook of state administration. Caught between the models of Great State ambition and Confucian self-cultivation, Qiu put Confucian philosophy to work so that the state acted for the people—but not of them or by them. If he deserves our notice, it is because even today his vision shapes Chinese perceptions of good government in ways that surprise and trouble.

Timothy Brook is a historian of China whose work has focused on the Ming dynasty (1368-1644) but extends to issues that span the period from the Mongol occupation of China in the 13th century to the Japanese occupation of China in the 20th. In addition to serving as the general editor of Harvard University Press’ History of Imperial China, he has published extensively on China in the world. A co-edited volume on the inter-polity relations of Inner and East Asia, Sacred Mandates: Asian International Relations since Chinggis Khan, was published by the University of Chicago Press in 2018. His most recent book, Great State: China and the World, appeared in Britain and France (the French edition under the title of Le Léopard de Kubilai Khan) in September 2019 and on this side of the Atlantic by HarperCollins in March 2020. The French edition was awarded the Grand Prix des Rendez-vous de l’Histoire in October 2020.

Register for this meeting in advance:

After registering, you'll receive an email confirmation with details.