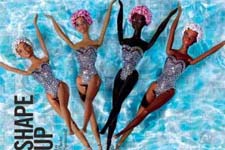 Gender, Race, and Representation in Magazines and New Media

In June of 2012, scholars and magazine professionals from all over the world, and from a wide array of disciplines met at the “Women in Magazine’s” conference at Kingston University in London. “Gender, Race, and Representation in Magazines and New Media” seeks to continue the discussions of the “Women in Magazines” conference and extend them to a closer consideration of race in magazines, as well as the impact of new media and technology on magazines and raced and gendered representations. This conference hopes to broaden the scope of what is traditionally considered a magazine from the bound paper journal, to virtual magazines published digitally.

Magazines have long played a key role in the everyday lives of people of all classes, races, and genders and are a fertile space for the expression of social and political philosophies. The forms such publications have taken are staggeringly diverse—mass market publications, Xeroxed fanzines, cheap weeklies for the working class, so-called “smart set,” guides for the home economist, specialized trade publications, political mouthpieces and popular tabloids—magazines have served an astonishing array of audiences and purposes. In short, magazines are a particularly rich and potent sight for research as they so often serve as important outlets for identity formation, defining what it means to be a part of a certain community, class, or even generation through both image and text.

Now, with the increased availability of magazines to scholars through digitization initiatives, as well as the explosion of blogs, tumbler sites, and online magazines that at times enhance print versions of magazines, and at other times replace them entirely, the time is ripe for examining the role, meaning and place of magazines as sites to be mined for representations of gender and race.

Co-sponsored by Cornell University (Africana Studies), Syracuse University (Women’s and Gender Studies), Humanities Corridor, from an award by the Andrew W. Mellon Foundation, Cornell Society for the Humanities (in the College of Arts and Sciences).

Africana Studies and Research Center, Society for the Humanities