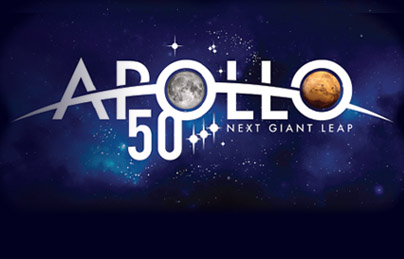 Cornell will celebrate the 50th anniversary of the Apollo 11 moon landing with an afternoon of lectures and a panel with scientists about the future of planetary and exoplanetary discovery, “From the Moon to Mars and Beyond.”

“From the Moon to Mars and Beyond” starts at 2 p.m. on July 20 – the actual anniversary of astronauts Neil Armstrong and Buzz Aldrin descending from the Eagle spacecraft onto the lunar surface – in Call Auditorium, Kennedy Hall  (see map at https://goo.gl/maps/8Whc7EEaddDBPfsw5).

The program begins with a lecture, “Apollo 11 Plus 50: Context, Personal Recollections and Why It Succeeded,” by visiting scientist Peter Thomas, and then a talk, “Exploring Mars: Past, Present and Future,” by Michael Mellon, principal research scientist in Cornell’s astronomy department. They will provide historical context of humanity’s lunar and Mars explorations and the implications of future endeavors.

An afternoon panel will discuss the long-term future of robotic and human space exploration, starting at 3:20 p.m., and it will feature members of Cornell’s Carl Sagan Institute:

• Jonathan Lunine, the David C. Duncan Professor in the Physical Sciences and chair of the astronomy department;

“Apollo embedded an idea in our culture that space is ours,” said Peck. “Now, at long last, grandkids of Apollo are rethinking space, taking ownership of it once more, democratizing access to it and working to make space our permanent home.

“In space startups from SpaceX to Planet Labs, students are launching their own spacecraft. The discovery of new worlds are the Apollo missions of this decade. I’d argue that it is all thanks to the Apollo missions that ‘came in peace for all mankind,’” Peck said.

Event sponsors include the Department of Astronomy in the College of Arts and Sciences, Cornell Center for Astrophysics and Planetary Science, Sibley School of Mechanical and Aerospace Engineering, Carl Sagan Institute, and Spacecraft Planetary Imaging Facility.

If you need accommodations to participate in this event, please contact Patricia Fernández de Castro pf46@cornell.edu or Zoe Learner Ponterio <zap9@cornell.edu> as soon as possible.

Vehicles with a blue state placard can park in accessible spots. The closest ones to Kennedy Hall are at:

This event is accessible for those with disabilities.