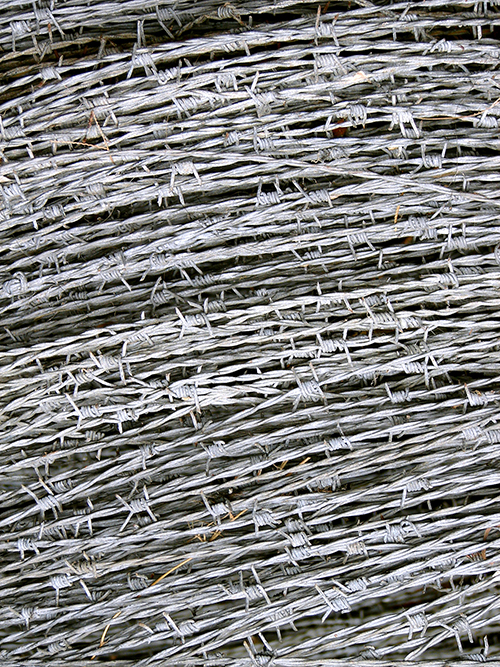 Family Separation: Lessons from Europe’s Past

Europe has a long history of family separation, which includes both violent immigration control and advocacy against these discriminatory practices. In this panel, scholars who have researched abusive procedures in gendered immigration control in Britain, Germany, Netherlands and the lands of the Ottoman Empire will present their studies. Building on her previous work on the British visa officials in London and the Indian subcontinent, as well as her vigorous campaign against such practices, Jacqueline Bhabha (JD, MSc, Professor of the Practice of Health and Human Rights at the Harvard T.H. Chan School of Public Health and Director of Research at the Harvard FXB Center for Health and Human Rights) will deliver her paper “Lessons learnt, forgotten or ignored? Family Separation in Europe and Beyond.” In her talk "Family Separation as a Tool for Genocide: A Look at the 1915 Ottoman Armenian Case," Lerna Ekmekçioğlu (McMillan-Stewart Associate Professor of History at the Massachusetts Institute of Technology) will analyze the context and consequences of the Ottoman government's gendered and familial policies during the process of “undoing the Armenian family.” Finally, in her paper “The Trauma of Family Reunification:  Hidden Jewish Children in Holland after World War II” Diane L. Wolf (Professor of Sociology at the University of California, Davis) will focus on the trauma experienced by many hidden children after war, and how their trauma coalesced around family reunification.

In 1977, as a young graduate student in the UK, I wrote a dissertation entitled “Divided Families.” It detailed the abusive procedures used by British visa officials in the Indian subcontinent to deny wives and children of immigrant workers long settled in the UK their right to family reunion in the UK.  In 1979, as a trainee lawyer I participated in a vigorous campaign against “virginity testing”— the pervasive but hidden practice used by immigration officials at Heathrow Airport in London to “check” whether Asian women claiming entry as fiancées of British men were lying — a broken hymen apparently was conclusive evidence that they were.  In 1984 I litigated cases against the “primary purpose rule,” which refused entry to South Asians claiming entry to the UK as spouses if they could not conclusively establish that the “primary purpose” of their entry was not immigration into the UK.  At the same time advocates across Europe (in the Netherlands and Germany in particular) were challenging the gendered interpretation of a “refugee” which excluded from protection political activists who were persecuted for their role as cooks or domestic supports of front line comrades, where the latter were deemed eligible for protection.  Europe has a long history of family separation and gendered immigration control.  But that history also includes vigorous advocacy against these discriminatory practices, some successful some less so.  My talk will examine some aspects of that history and its legacy.

Jacqueline Bhabha, JD, MSc, is Professor of the Practice of Health and Human Rights at the Harvard T.H. Chan School of Public Health and Director of Research at the Harvard FXB Center for Health and Human Rights.  From 1997 to 2001, Bhabha directed the Human Rights Program at the University of Chicago.  Prior to 1997, she was a practicing human rights lawyer in London and at the European Court of Human Rights in Strasbourg.  She has published extensively on issues of transnational child migration, refugee protection, children’s rights, and citizenship, with her most recent book entitled, Can We Solve the Migration Crisis (Polity Press, 2018).  Professor Bhabha currently serves on the board of the Scholars at Risk Network, the World Peace Foundation, the Institute on Statelessness and Inclusion, and the Journal of Refugee Studies.  She is a frequent adviser to UNHCR, UNICEF, IOM, and civil society organizations working on forced migration-related issues.

Family Separation as a Tool for Genocide: A Look at the 1915 Ottoman Armenian Case, Lerna Ekmekçioğlu, MIT

In 1915 when the Ottoman Turkish government decided to unmake its Armenian population as a group, the ruling elite formulated policies that were necessarily gendered and familial.  "The Armenian family" had to be undone for the group of Armenians to be irreversibly disintegrated.  It is not a coincidence that child transfer is one of the defining aspects of the legal definition of "genocide."  The talk will elaborate the context and consequences of the Ottoman government's decisions.

Lerna Ekmekcioglu is McMillan-Stewart Associate Professor of History at the Massachusetts Institute of Technology where she is also affiliated with the Women and Gender Studies Program.  She received her PhD from the New York University’s joint program of History and Middle Eastern/Islamic Studies (2010).  In 2006, together with Melissa Bilal, she published the first anthology in any language dedicated to Armenian feminists.  The co-edited book is in Turkish and titled A Cry for Justice: Five Armenian Feminist Writers from the Ottoman Empire to the Turkish Republic (1862–1933).  Her first monograph, Recovering Armenia: The Limits of Belonging in Post-Genocide Turkey (Stanford U. Press, 2016), focuses on the surviving Armenians who remained in Istanbul after the genocide.  Currently she is collaborating with Melissa Bilal for a book and digital humanities project titled Feminism in Armenian: An Interpretive Anthology and Digital Archive which focuses on the life and works of twelve pioneering women intellectuals from 1860s to 1960s.

Based on 70 intensive interviews, this talk focuses on the trauma experienced by many hidden children.  Those who had a surviving parent or parents spoke about the trauma that occurred when biological parent(s) returned to claim them.  After surviving the war in situations that ranged from problematic to ideal, their trauma coalesced around family reunification.

Diane L. Wolf is a Professor of Sociology at the University of California, Davis.  Throughout her research, she has engaged with feminist approaches to family relations.  Currently she is focusing on children of Holocaust survivors, trauma, family dynamics, and (post) memory, challenging the overly determined focus on the intergenerational transmission of trauma.  She did her graduate work at Cornell in Development Sociology.  Early in her career, she authored Factory Daughters:  Gender, Households and Rural Industrialization in Java (UC Press), which won the Jesse Bernard Book Award from the ASA.  Since the 1990s, she has worked on children of Southeast Asian immigrants in California, and for the past 20 years, she has focused on sociological aspects of post-Holocaust Jewish life.  Her project on hidden Jewish children in the Netherlands—Beyond Anne Frank (UC Press)—revealed the trauma that post-war family reunification created for many children.  She remains active in the Jewish Studies Program at UCD which she directed for 10 years until 2017, as well as the Human Rights Program.