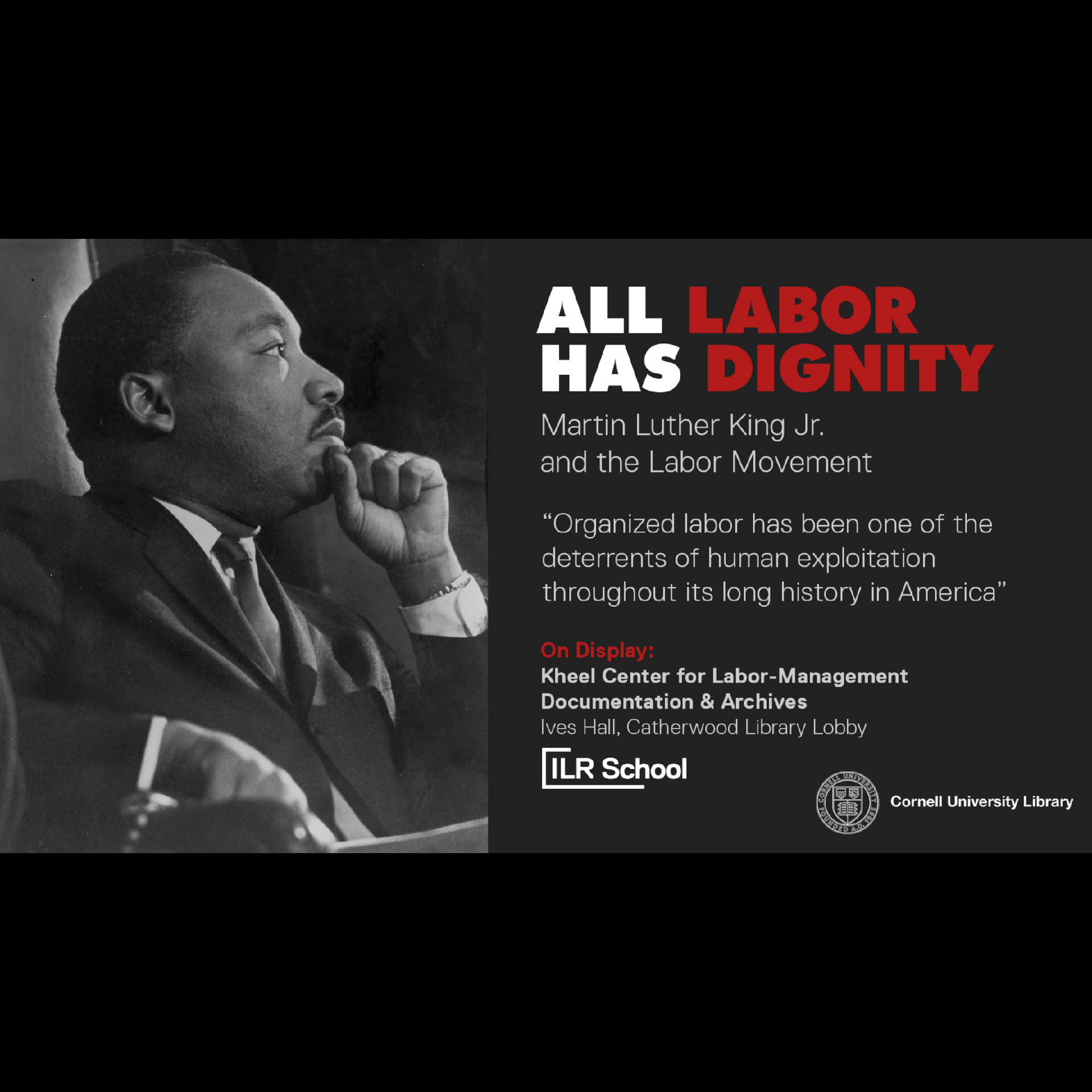 All Labor Has Dignity: Martin Luther King Jr. and the Labor Movement

Seeing labor and civil rights as twin pillars of social reform, Dr. Martin Luther King Jr. worked tirelessly to advocate for working people, create connections with labor leaders and union members, play key roles in pivotal strikes, and fight for economic justice on several fronts. He believed strongly in the labor movement asserting that “organized labor has been one of the deterrents of human exploitation throughout its long history in America.”

The exhibit will highlight Dr. King’s involvement with unions spanning from the March on Washington for Jobs and Freedom and the organizing campaigns with his “favorite union” Local 1199, the National Union of Hospital and Health Care Employees, to the mourning of labor after his last campaign with Sanitation Workers in Memphis and Coretta Scott King’s role in becoming the face of the hospital worker movement less than a year after his passing.

The exhibit will include correspondence between King and labor leaders, speeches, an audio recording from King’s final public appearance in New York City, archival footage of hospital workers striking, vinyl recordings of King’s speeches to unions, fliers and advertisements highlighting King’s support of labor, union ephemera, and countless photographs of MLK and Coretta Scott King’s work with unions and the labor movement.

Free and open to the public.