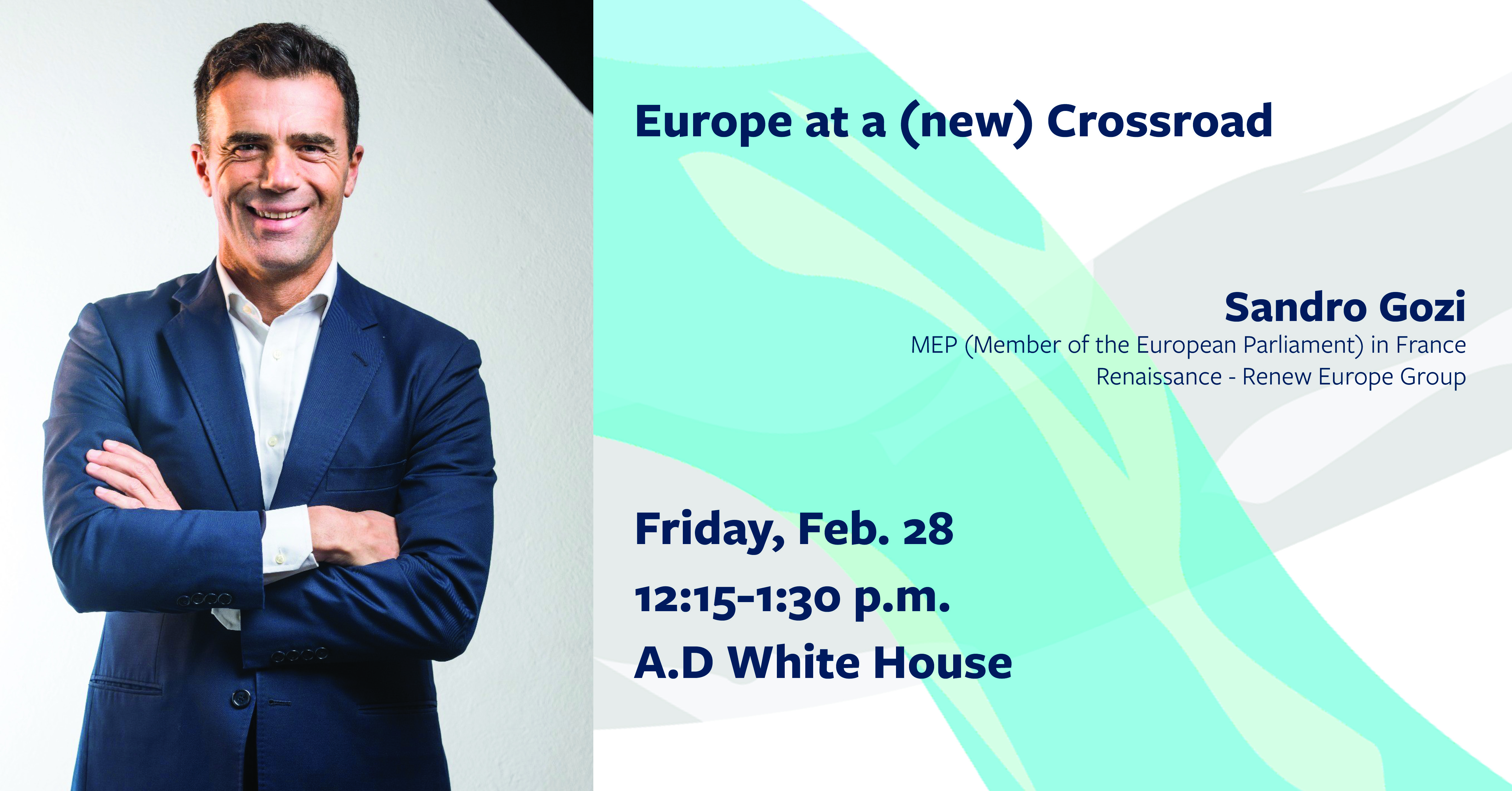 Europe at a (new) Crossroad

Introduction: What is EU today?

1. The “soft revolution”: sovereignty and borders

Bio:
Sandro Gozi was elected as an MEP (France) on February 1, 2020. He is also a member of the Renaissance - Renew Europe Group. From August to October 2019 he was an advisor to French Prime minister Edouard Philippe on EU affairs. Gozi has been State Secretary to the Presidency of the Council of Ministers and is Senior Advisor for EU Affairs for the Democratic Party In the Italian Parliament.

Reception prior to talk