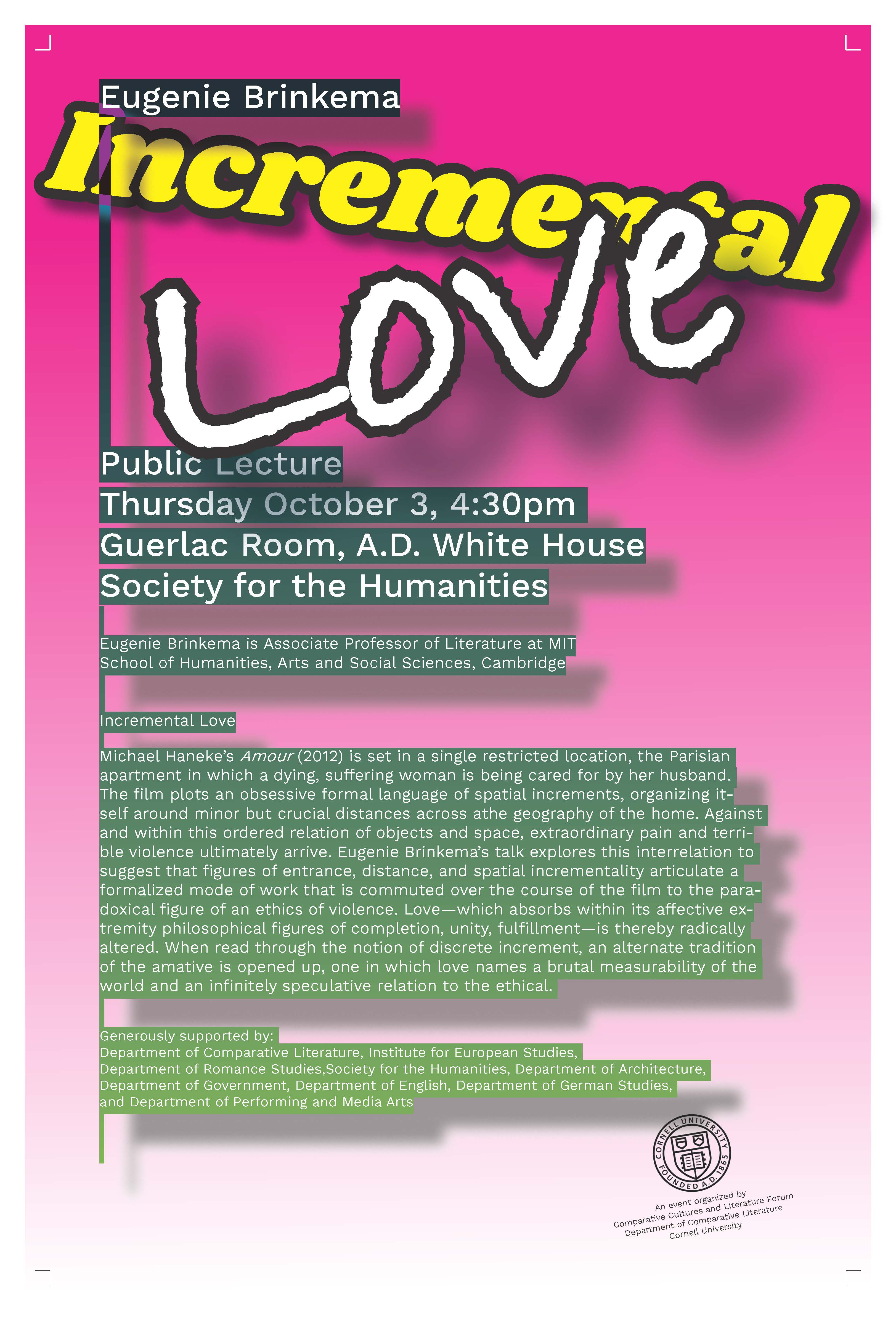 Michael Haneke’s Amour (2012) is set in a single restricted location, the Parisian apartment in which a dying, suffering woman is being cared for by her husband. The film plots an obsessive formal language of spatial increments, organizing itself around minor but crucial distances across the geography of the home. Against and within this ordered relation of objects and space, extraordinary pain and terrible violence ultimately arrive. Eugenie Brinkema’s talk explores this interrelation to suggest that figures of entrance, distance, and spatial incrementality articulate a formalized mode of work that is commuted over the course of the film to the paradoxical figure of an ethics of violence. Love—which absorbs within its affective extremity philosophical figures of completion, unity, fulfillment—is thereby radically altered. When read through the notion of discrete increment, an alternate tradition of the amative is opened up, one in which love names a brutal measurability of the world and an infinitely speculative relation to the ethical.

Eugenie Brinkema is Associate Professor of Contemporary Literature and Media at the Massachusetts Institute of Technology. Her research in film and media studies focuses on violence, affect, sexuality, aesthetics, and ethics in texts ranging from the horror film to gonzo pornography, from structuralist film to the visual and temporal forms of terrorism. Her articles have appeared in the journals Angelaki, Camera Obscura, Criticism, differences, Discourse, film-philosophy, The Journal of Speculative Philosophy, qui parle, and World Picture. Her first book, The Forms of the Affects, was published with Duke University Press in 2014. In 2018-2019 she was a fellow at the University of Amsterdam finishing a book on radical formalism, horror, and love.