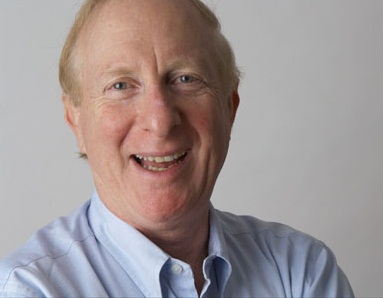 Dr. Howard Morgan is the Chairman of B Capital Group, New York, a venture capital fund that states that they back brash entrepreneurs building the next generation of groundbreaking technology companies.

Howard was a co-founder of First Round Capital, a seed stage venture capital firm in 2004 and retired in 2017. He has more than 30 years of experience with more than two hundred high-tech entrepreneurial ventures.

Howard was Professor of Decision Sciences at the Wharton School of the University of Pennsylvania and Professor of Computer Science at the Moore School at the University of Pennsylvania from 1972 through 1985. He has been a Visiting Professor at the California Institute of Technology and the Harvard Business School. During his academic career, he served as an editor of Communications of the ACM, Management Science, Transactions on Office Information Systems and Transactions on Database Systems. His research on user interface technology and on optimization of computer networks led to his bringing the ARPAnet to Philadelphia in 1974. Because of this early participation in the internet, he advised many corporate and government agencies on the uses of electronic and voice mail, implementing it throughout the Wharton School in the mid-1970s.

From 1983 to 1989, he served as President of Renaissance Technologies Corp. in New York, where he supervised venture capital investments in high technology companies. He was a founding board member and technical advisor of Franklin Electronic Publishers, one of the first manufacturers of personal computers. He has been an active consultant and speaker to users and vendors in the information systems area for more than 30 years, and has worked with many of the Fortune 100 companies and numerous government agencies.

Since 1989, he has been President of the Arca Group, Inc., nurturing early stage companies and taking them from seed stage through initial public offerings. He also serves as a Director of Idealab, where he was a founding investor in 1996. He is a trustee of Cold Spring Harbor Laboratory. In addition, Dr. Morgan serves on a number of public company boards, including Franklin Electronic Publishers and Internet Brands, Inc. He is also a member of the board of numerous private companies including Energy Innovations, Evolution Robotics Retail, snap.com, MagicWorks LLC and Math for America. He has also served as CEO of Kentek and Franklin during various turnover or transitional periods. In 1997, he was named Delaware Valley Entrepreneur of the Year. Howard is a respected author and a frequent speaker at major industry conferences.

Howard received a Ph.D. in Operations Research from Cornell University in 1968, and a B.S. in physics from City College of the City University of New York in 1965. He received an honorary Master of Arts from the University of Pennsylvania in 1974.