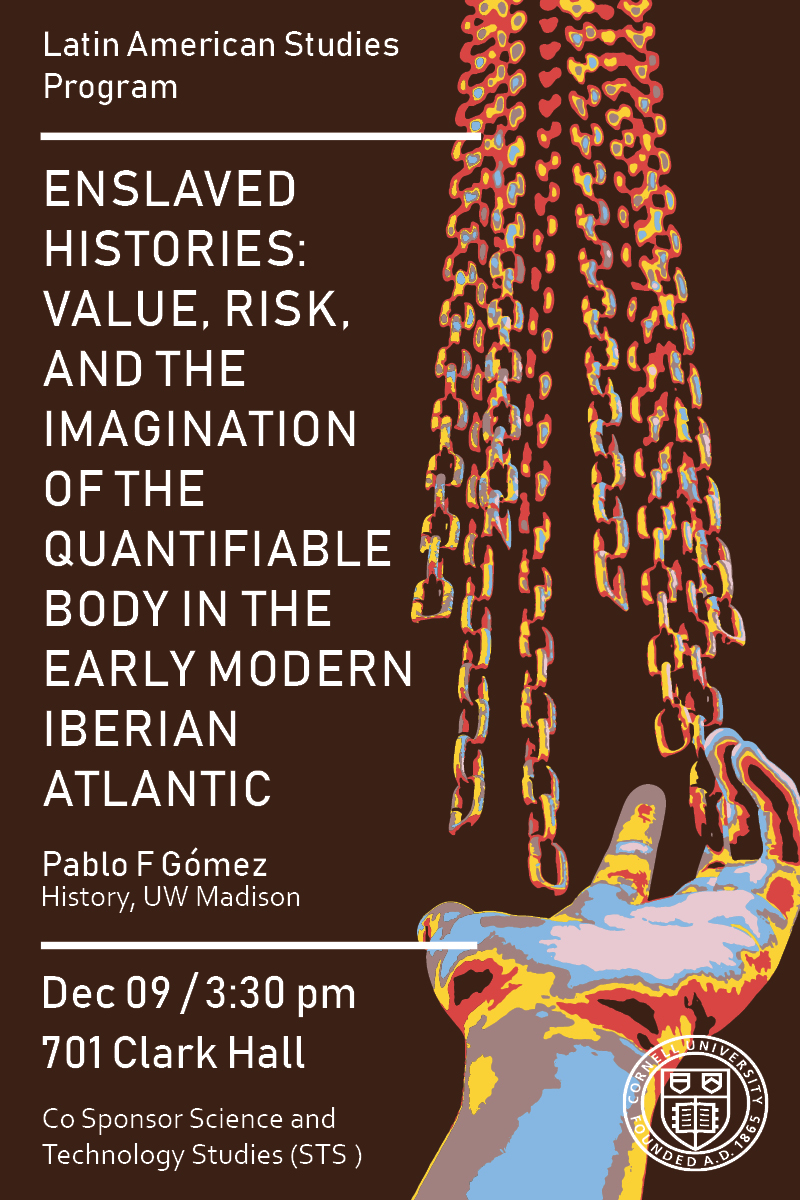 Science and Technology Studies Colloquium & Latin American Studies Seminar Series co-sponsors of a lecture by Pablo F. Gómez, Associate Professor, Department of Medical History and Bioethics, and Department of History, University of Wisconsin-Madison and author of "The Circulation of Bodily Knowledge in the Seventeenth-century Black Spanish Caribbean."

This talk will explore the emergence in sixteenth and seventeenth-century Iberian Atlantic slaving societies of novel concepts about the quantifiable nature of human bodies. These developments, I argue, gave rise to a new epistemology that conceived of fungible and universal bodies that were measurable and comparable, as were the diseases that affected them, in quantifiable and reproducible ways in a temporal framework. Scholars have traditionally identified these ideas as related to the rise of the New Science and political and medical arithmetics in late seventeenth-century and eighteenth-century English, French and northern European learned circles. My research explores how early Iberian-centered slave trade enterprises of the sixteenth and seventeenth centuries generated, in an unprecedented manner, a gargantuan amount of data related to the mathematical measurement of human corporeality and the risks of slave bodies (and their labor) in financial terms. This history has remained mostly unexamined, especially in relation to accounts about the emergence of modern medicine, epidemiology, and demography. By focusing on the violent early history of bodily quantification in the Atlantic, my work re-locates narratives about critical events related to the value-creating nature of exchange practices as they refer to the human body and their role in the modeling of fundamental ideas for the nascent disciplines of political economy and public health in ensuing centuries.