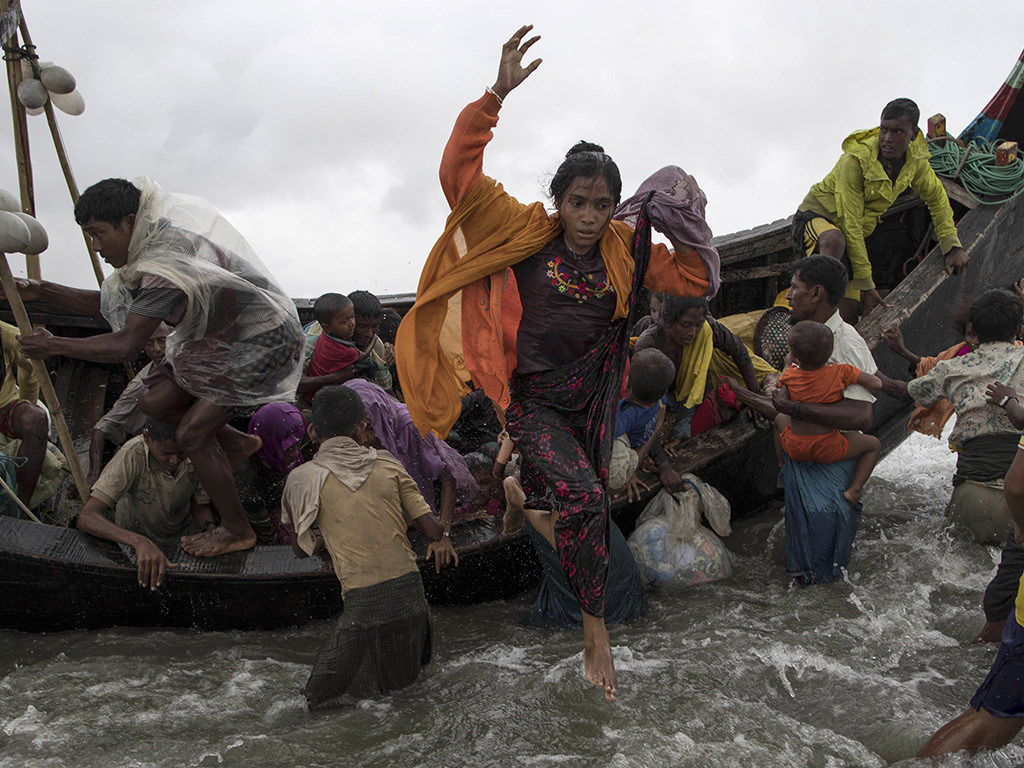 Einaudi Center Roundtable: “The Roots of the Rohingya Crisis: The Eradication of a Myanmar Ethnic Group”

The Rohingya are a largely Muslim minority group living in Myanmar’s western Rakhine State. Denied citizenship by law, the Rohingya are often described as the most persecuted minority in the world. In August, Rohingya militants attacked police outposts in Rakhine. The Burmese military responded with a crackdown that UN officials have characterized as ethnic cleansing. Roughly half the 1.1 million Rohingya have fled to neighboring countries, mainly Bangladesh.

Eaint Thiri Thu was born and raised in Myanmar. She has been working for the last seven years on issues related to human rights, conflicts, and the media in Myanmar, mainly in Rakhine, Shan, and Kachin States. She has worked with Human Rights Watch, The New York Times, Washington Post, Wall Street Journal, BBC, and other international organizations. She contributed to the U.S. Holocaust Memorial Museum's 2015 report, “Early warning signs of Genocide in Burma," the award-winning documentaries Boat People, Journey to Hell, and Blood Jade, and the award-winning book Modeslavar.

She is currently pursuing a master's degree in human rights, concentrating on policy, nationalism, mass violence, and crimes against humanity, at the Humphrey School of Public Affairs, University of Minnesota. Her research interest is in public interpretations of human rights concepts and the role of these publics in the crime against humanity in Myanmar. She was recently awarded a Fulbright scholarship, an Interdisciplinary Center for the Study of Global Change fellowship, and a Humphrey School of Public Affairs scholarship to pursue her studies in the United States.

This event is organized by the Mario Einaudi Center for International Studies, the Southeast Asia Program (SEAP), and the Collective of Concerned Students on Global Issues, and cosponsored by the South Asia Program (SAP).