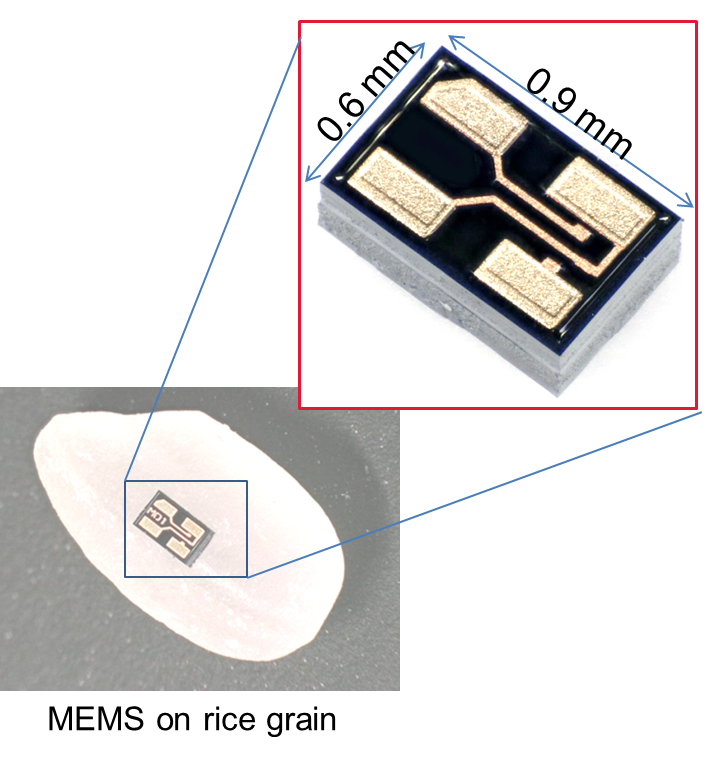 Abstract: MEMS resonators have been the in development for more than 20 years but the incumbent quartz technology still reigns supreme in the precision frequency and timing market. While MEMS based oscillators have found applications in several niche markets, the total MEMS market volume is still just a fraction of >$3B frequency and timing market.

This talk reviews the development of the world’s first MEMS resonator product that can directly replace much larger quartz devices without any additional circuit based compensation for frequency offset and temperature dependency. In facing the challenges of meeting 20 ppm (part per million) accuracy in a micrometer sized device, the development had to address several challenges that pushed boundaries of 1.) material physics, 2.) nonlinear analysis, and 3.) device modeling.

1). Material physics: While silicon is a well-known material, recent efforts have yielded new understanding of electronic effects in elastic constants of silicon. These effects are effectively used to change and compensate the temperature dependency of the MEMS resonator.

2.) Nonlinear analysis: To obtain sufficient signal from a tiny resonator, the device is pushed to the nonlinear limits. This has yielded new understanding of the both geometric and material nonlinearities. Notable, the existence and importance of fourth-order nonlinear elastic constants in silicon is demonstrated for the first time.

Addressing the above challenges allowed the development of the smallest available resonator product (0.9 mm x 0.6 mm) in a chip scale package. The tiny size and silicon technology allows package level integration for wearable products, IoT, and medical devices. Finally, we look at the future role of MEMS in increasingly digitally connected world.

Bio: Ville Kaajakari has academic background in in MEMS and microresonators. His textbook, Practical MEMS, has sold more than 2,000 copies and is widely used in academia and industry. Ville's research interest focuses on microresonators and nonlinear effects in MEMS. His pioneering paper on resonator nonlinearity has been cited 300+ times and the analysis framework has been utilized by all MEMS start-ups. To commercialize the MEMS resonator technology, Ville co-founded Beat Semiconductors. After acquisitions, these efforts eventually lead to the first commercial MEMS resonator product release in 2018 by Murata Electronics. Ville's current interests include MEMS resonators for future high speed communication systems and high performance inertial sensors.