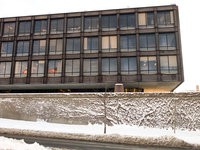 Abstract: Economists are often interested in estimating averages with respect to distributions of unobservables. Examples are moments of individual fixed-effects, average effects in discrete choice models, or counterfactual simulations in structural models. For such quantities, we propose and study “posterior average effects”, where the average is computed conditional on the sample, in the spirit of empirical Bayes and shrinkage methods. While the usefulness of shrinkage for prediction is well-understood, a justification of posterior conditioning to estimate population averages is currently lacking.  We establish two robustness properties of posterior average effects under misspecification of the assumed distribution of unobservables: they are optimal in terms of local worst-case bias, and their global bias is at most twice the minimum worst-case bias within a large class of estimators. We establish related robustness results for posterior predictors. In addition, we suggest a simple measure of the information contained in the posterior conditioning. Lastly, we present two empirical illustrations, to estimate the distributions of neighborhood effects in the US, and of permanent and transitory components in a model of income dynamics.