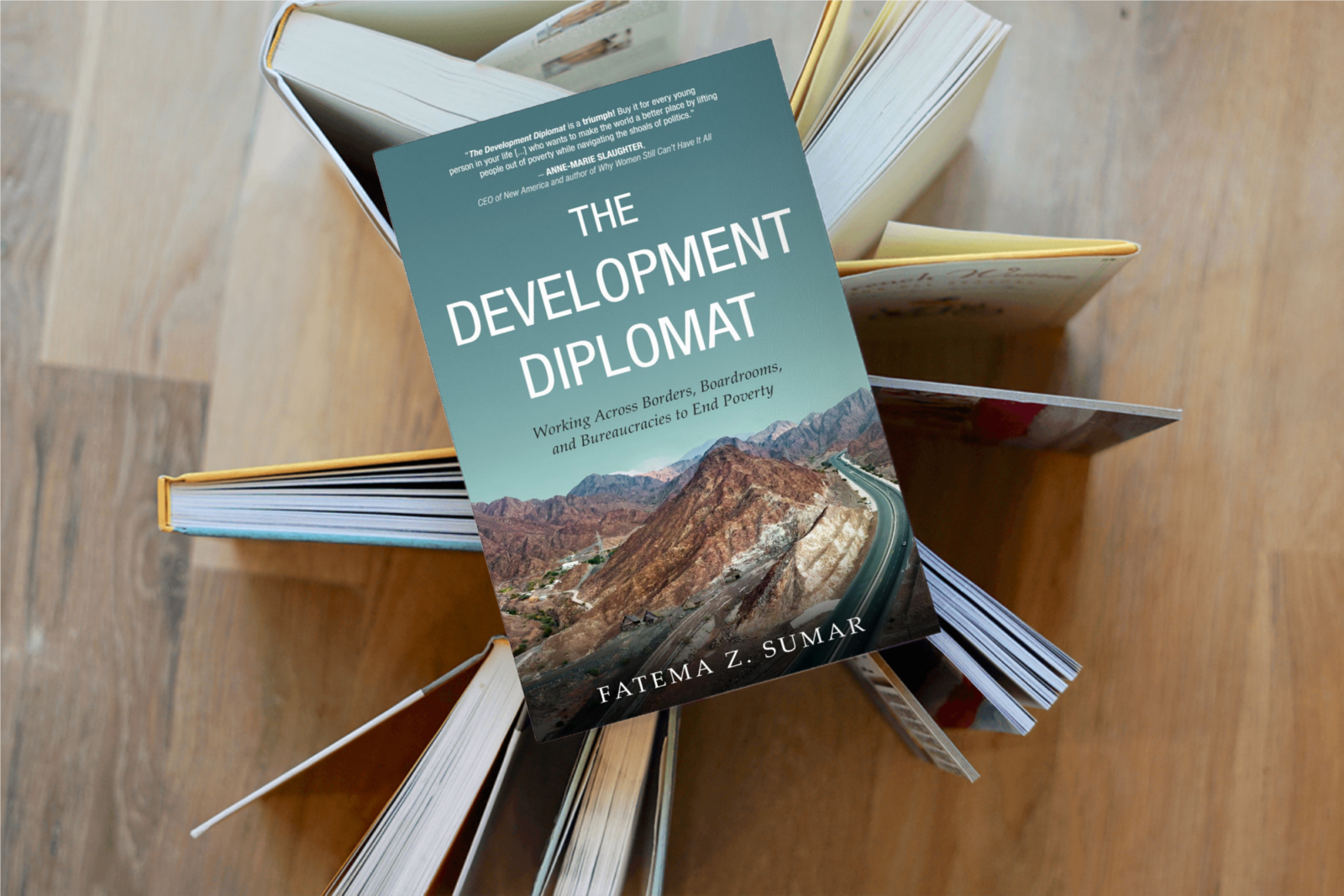 From both domestic and foreign waters, The Development Diplomat: Working Across Borders, Boardrooms, and Bureaucracies to End Poverty is the story of an immigrant woman who blended skillsets and worked across borders, boardrooms, and bureaucracies to fight global poverty. Many people aspire to “change the world”, but making a difference on a global scale is not easy. When first-generation, Muslim-American Fatema Z. Sumar had the chance to serve across the U.S. government as a diplomat, political aid, and development expert, she seized it. Traveling more than three – quarters of a million miles to dozens of countries, from Afghanistan and Pakistan to Mongolia and Jordan, Fatema worked to fight poverty and create economic opportunities for people around the globe while raising young children at home. Her stories reveal an up-close look at the highs and lows of a career in Development Diplomacy. This book is a must-read for anyone interested in working on foreign policy and international development, laying out the roadmap for the next generation of Development Diplomats.

In this talk, Sumar will focus on the chapters on Afghanistan, sharing her personal stories of traveling there in the 2009 presidential election, during which she helped avoid a constitutional crisis.

Fatema Sumar '01 has had a distinguished career, leading efforts to advance inclusive and sustainable development in emerging markets and fragile countries. In 2021, President Biden appointed Sumar as the Vice President of Compact Operations at the U.S. Millennium Challenge Corporation, an independent U.S. government foreign aid agency that reduces poverty through economic growth. She previously served as the Deputy Assistant Secretary for South and Central Asia at the U.S. Department of State, where she led U.S. efforts to expand regional economic and energy connectivity and as a Presidential Management Fellow (PMF). In Congress, Fatema worked for three US Senators, including as a Senior Professional Staff Member on the U.S. Senate Foreign Relations Committee. She also worked in civil society at Oxfam America and the American Civil Liberties Union.

Sumar sits on Advisory Boards for Princeton, Cornell, and Indiana universities. Her work has been published in the Stanford Social Innovation Review, The New Republic, The Hill, and other outlets. Sumar graduated with a Master of Public Affairs from Princeton University’s School of Public and International Affairs, where she received the prestigious Stokes Award, and a Bachelor of Arts in Government from Cornell University where she founded the Translator Interpreter Program. She studied abroad at the American University in Cairo.

Copies of her book will be available for purchase and signing after the talk.