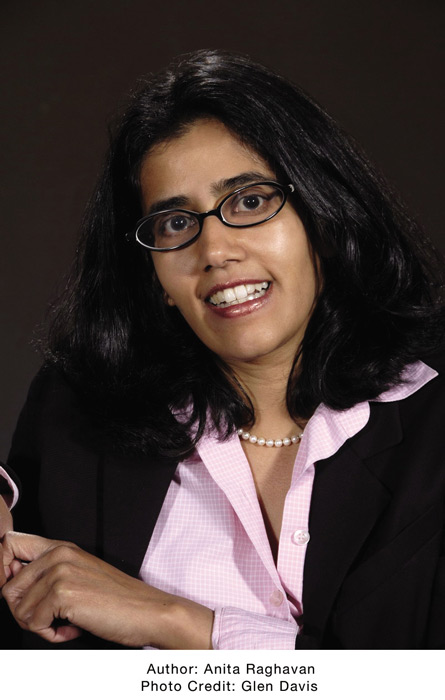 Anita Raghavan is a contributor to The New York Times, Barron’s magazine and the author of The Billionaire’s Apprentice: The Rise of the Indian-American Elite and the Fall of the Galleon Hedge Fund. Her book was short-listed for the Financial Times-Goldman Sachs Business Book of the Year award and named one of the 100 Notable Books of 2013 by The New York Times. Ms. Raghavan has appeared on 60 Minutes and spoken before the Commonwealth Club, the Asia Society and at a number of universities.

Before becoming an author, she was the European Bureau Chief for Forbes magazine. Prior to Forbes, Ms. Raghavan was at The Wall Street Journal for nearly 17 years. In 1998, she won a New York Press Club award for coverage of the near-demise of hedge fund, Long Term Capital Management, and, in 1999, she earned the Overseas Press Club's Malcolm Forbes award for best business reporting from abroad in newspapers or wire services.