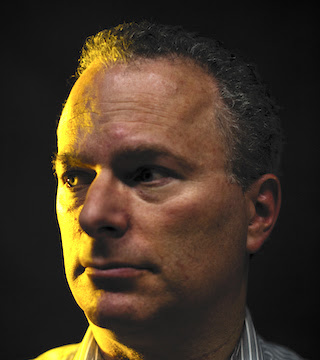 The annual Cornell Center for Social Sciences' Distinguished Lecture in the Social Sciences speaker David Lazer is a Distinguished Professor of Political Science and Computer and Information Science, Northeastern University, and co-director for the NULab for Texts, Maps, and Networks. This free, public lecture is also sponsored by the departments of Communication, Computer Science, and Information Science. Following his lecture, there will be a public reception in the Statler Hotel Carrier Ballroom.

The Internet is increasingly the home of democracy. It is where people turn for civic information, engage in political discourse public and private, and turn to mobilize collectively. The virtual structures of the Internet are, in some ways, quite distinct from what preceded; and in other ways, they reproduce and amplify those pre-existing patterns. The Internet can be the ultimate disseminator of misinformation; as well as the ultimate educator. People have at their fingertips more diverse sources of information than ever before; yet many of the institutions for the production of political and civic information are being eviscerated. This talk will discuss the informational and social logics of the Internet-- what is our democracy, today?-- how they support and undermine democracy, and concludes with a discussion of what structures and practices we need from the Internet to support democracy, today.

Professor Lazer's research focuses on the nexus of network science, computational social science, and collaborative intelligence. He is the founder of the citizen science website Volunteer Science and the political visualization website VisPolics. His research has been published in such journals as Science, Proceedings of the National Academy of Science, the American Political Science Review, and the Administrative Science Quarterly, and has received extensive coverage in the media, including the New York Times, NPR, the Washington Post, the Wall Street Journal, and CBS Evening News.

Following the lecture, in the Statler Hotel Carrier Ballroom