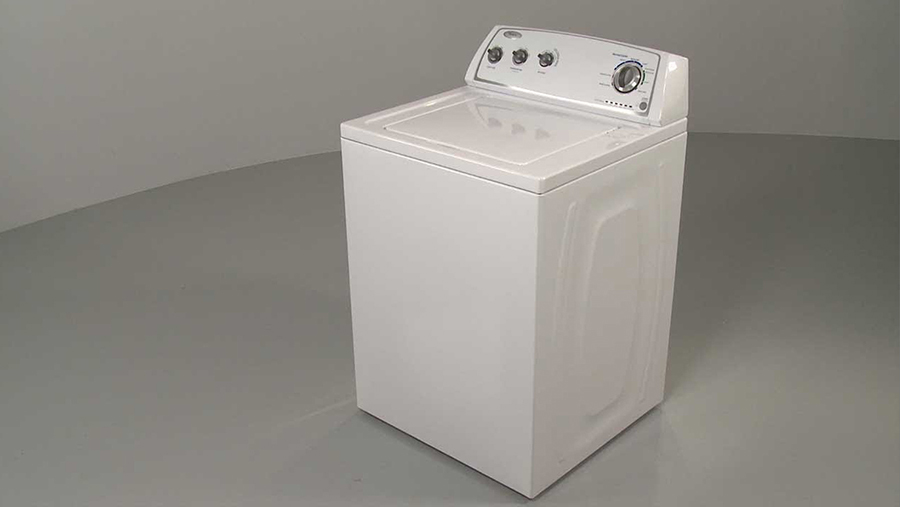 The Domestic Plane toys with the overarching cultural influences and pressures that affect our seemingly mundane choices in furnishing and occupying our domestic spaces.

Is there any common denominator connecting the disparate and fragmentary objects in the show — a dysfunctional washing machine that tries to be a homemade particle collider, a mud-cake tapestry, a set of faux furniture appropriated from films by Jacques Tati, a pretend-analog TV presenting Allen Ginsberg's America read by a mysterious Russian, and statues of Sophie Taeuber-Arp and her sister dressed up as Kachina Dolls for one of their Dada performances?

Taken out of their original context, the thread of continuity would seemingly be the utilitarian and domestic character of the pieces. They populate the space in hopes of domesticating it, make it more livable, and people-friendly. The exhibition takes a form of open-ended process. Throughout its duration, some objects will disappear, change their placement, or be replaced by other artworks. Each day will bring a new exhibit, never twice the same. Much as domestic spaces are constantly rearranged as their occupants' lives grow and change, so too will this exhibit, reflecting the domestic theme that is the thread that carries through the show.

Through the inherent humor and falsely cheerful mood that seeps from these objects, the artists also hope to provoke reflections on the culturally inherited choices we make when composing domestic spaces and domestic décor, a context often unexamined.

C.T. Jasper and Joanna Malinowska are Polish-born, U.S.-based multidisciplinary artists. Their recent collaborative work explores themes of national identity and its paradoxes, filtered through the lenses of 'experimental anthropology.' In 2015, the duo represented Poland at the 56th Venice Biennale with project Halka/Haiti 18°48'05"N 72°23’01"W, which was later shown at the Göteborg Biennial for Contemporary Art, Ghetto Biennale in Port-au-Prince, the Krasnoyarsk International Biennale, and many other exhibitions around the world, from Japan to Australia.

Their project Mother Earth Sister Moon was commissioned by the Performa 09 Biennial in New York City and later shown at Nottingham Contemporary as well as Warsaw's Zachęta National Art Gallery. In 2015, Jasper and Malinowska showed Relations Disrelations in the Łódź Museum of Art, an exhibition which summed up their individual and joint works. Their sound installation The Emperor's Canary was commissioned by the High Line in New York City, and recently presented at the Centre Pompidou-Metz in France.

The show runs from March 9 to April 9 at the Bibliowicz Family Gallery in Milstein Hall on the Cornell campus.