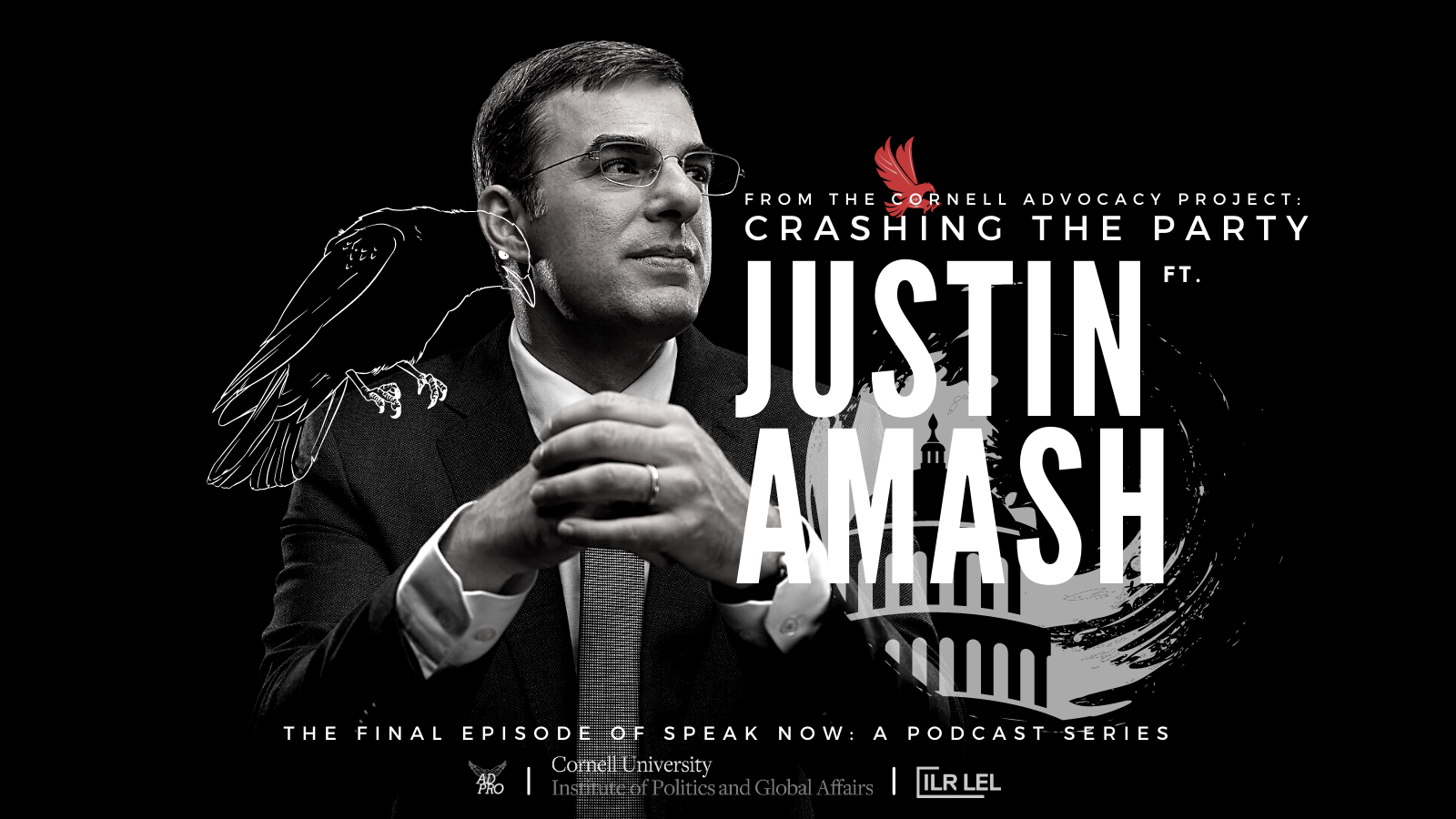 Crashing the Party, the final installment of the Speak Now Series on Political Polarization, features former US Representative Justin Amash (MI-L), who became the only Libertarian member of Congress in 2019 after a highly publicized split with the Republican party. Amash will discuss when and how to be an effective advocate in the face of intense partisan backlash.

The 2020 elections and ensuing Capitol riots exposed the real and violent dangers of partisan divides. These fractures, however, are not new. Many youth have only ever experienced an America splintered by ideological polarization — rifts that corrode our ability to listen to and understand voices different from our own. Such division threatens not only democracy and political stability but also our ability to help those in this country who need it most.

“Speak Now,” a four-part speaker series from the Cornell Advocacy Project, addresses this divide, exploring the role of empathy in rehabilitating hostile spaces. With the advice of an experienced advocate, each webinar equips attendees with rhetorical techniques and productive strategies for engaging in political discourse, advocacy, and activism in an increasingly polarized age.

“Crashing the Party,” the fourth and final episode in this series, will feature former U.S. Representative Justin Amash (MI-L), who became the only Libertarian member of Congress in 2019 after a highly publicized split from the Republican Party. Rep. Amash will discuss when and how to be an effective advocate in the face of intense partisan backlash.

This event is organized by The Advocacy Project, a student-created and -led initiative at Cornell University. It is co-sponsored by the ILR School's Labor and Employment Law Program and the Institute of Politics and Global Affairs.