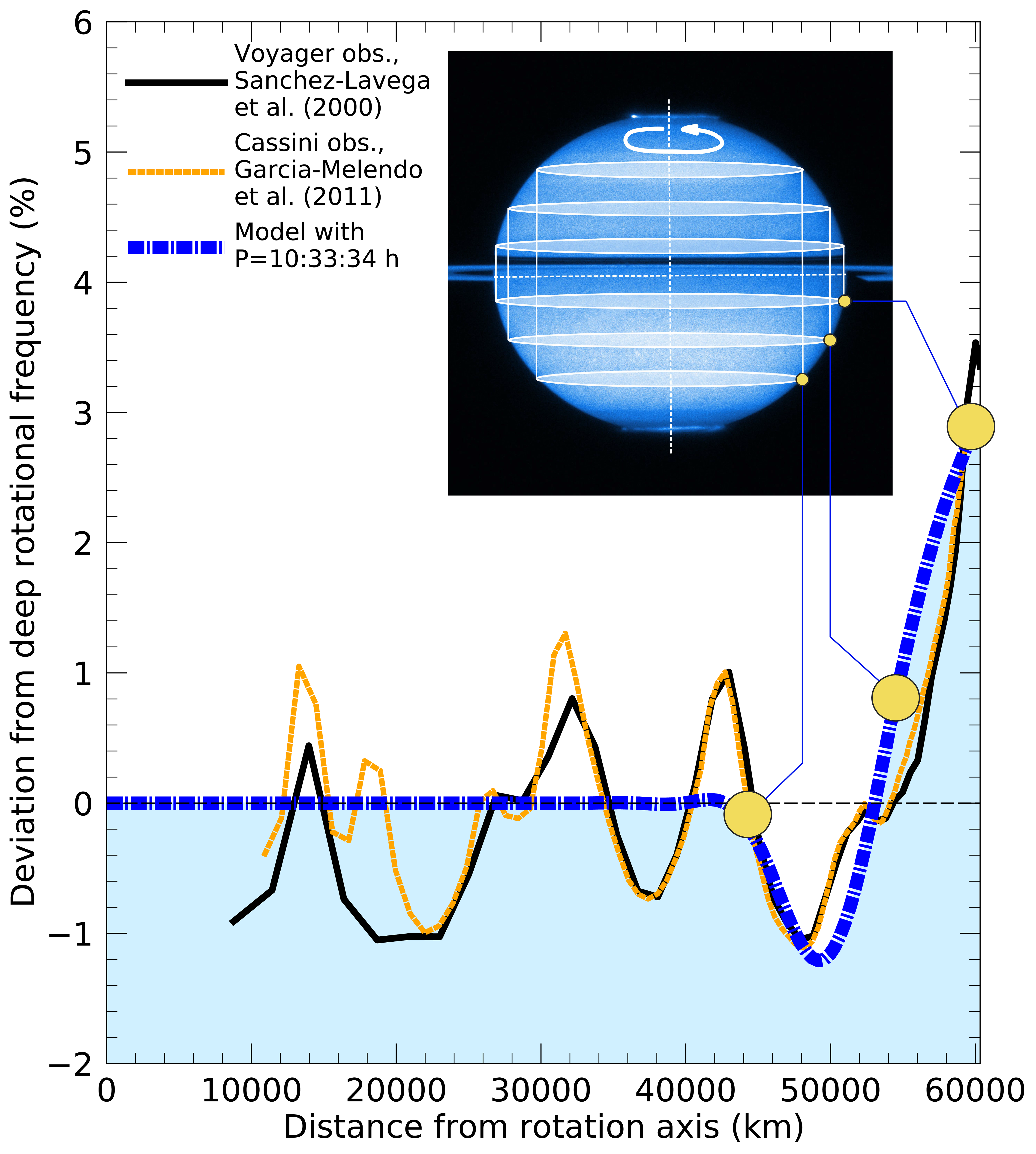 "Dilute Cores and Deep Winds in Jupiter and Saturn "

This talk will discuss the recent gravity measurements of Saturn and Jupiter by the Cassini and Juno spacecrafts. During the Grand Finale phase, the Cassini spacecraft traveled inside Saturn’s rings and measured the planet’s gravitational field with high precision. The magnitudes of gravity coefficients J6, J8, and J10 were unexpectedly large and could not be explained with traditional interior models that assumed uniform rotation. So we introduced differential rotation on cylinders and showed that all even coefficients J2 through J10 can be matched.

Since its arrival at Jupiter in 2016, the Juno spacecraft has measured the planet’s gravity field with every flyby. The interpretation of these measurements has again been challenging but in this case because the magnitudes of the gravity coefficients J4 and J6 were smaller than predicted by traditional interiors models that included a dense inner core composed of rock and ice. Here we instead present models with dilute cores [Geophys. Res. Lett. 44 (2017) 4649] and deep winds. Our work is based on the accelerated version of the Concentric Maclaurin Spheroid method [Astrophysical J. 879 (2019) 78].

The colloquia are held every Thursday afternoon 4-5 pm. The public is welcome. To view via Zoom, please contact Monica Carpenter (mla20@cornell.edu) or Jason Jennings (jej34@cornell.edu) for the link.