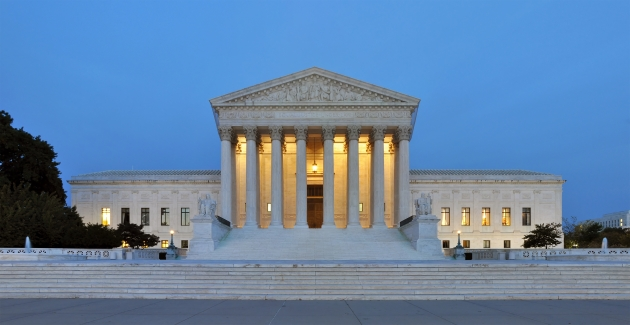 The Cornell Research Academy of Development, Law, and Economics (CRADLE) opens a two-day conference with a public session featuring talks by Nobel Prize-winning economist Joseph Stiglitz; vice president Célestin Monga of the African Development Bank Group; and economist Joseph Zeira of The Hebrew University of Jerusalem. There is no cost, but seats are limited and reservations are required. Please register here by April 6.

CRADLE is a new initiative directed by Kaushik Basu, professor of economics at Cornell and former chief economist at the World Bank, and Robert Hockett, professor of law at Cornell Law School and of public affairs at Cornell. It is intended to serve as a hub for research and discussion among faculty and students at Cornell, as well as academics, policymakers, and thought leaders around the world.

This event is cosponsored by CRADLE and the Mario Einaudi Center for International Studies.

10:45 a.m.
Democracy and Nation-States in the Middle East
Joseph Zeira, professor of economics, The Hebrew University of Jerusalem

Kaushik Basu is professor of economics and the Carl Marks Professor of International Studies at Cornell. From 2012 to 2016 he was senior vice president and chief economist of the World Bank. Prior to that he served as the chief economic adviser to the government of India in the Ministry of Finance. He is currently president of the International Economic Association and a fellow of the Econometric Society. Basu has published widely in the areas of development economics, industrial organization, game theory, and welfare economics, and has held visiting positions at Princeton, the London School of Economics, Harvard, and MIT.

Robert Hockett is Edward Cornell Professor of Law at Cornell Law School and professor of public affairs at Cornell. His academic interests lie in the fields of organizational, financial, and monetary law and economics. His guiding concern is with the legal and institutional prerequisites to a just, prosperous, and sustainable economic order. Hockett is senior counsel at Westwood Capital and a fellow at the Century Foundation, and has consulted for the Federal Reserve Bank of New York, the International Monetary Fund, Americans for Financial Reform, the Occupy Cooperative, and a number of federal and state legislators and local governments.

Célestin Monga is Vice President, Economic Governance and Knowledge Management, of the African Development Bank Group. He has held various board and senior executive positions in academia, financial services, and international development institutions. He currently serves as visiting professor of economics at the University of Paris 1 Panthéon-Sorbonne and Peking University. His books include Beating the Odds: Jump-Starting Developing Countries (Princeton University Press, 2017) with Justin Yifu Lin and Nihilism and Negritude: Ways of Living in Africa (Harvard University Press, 2016). Monga holds graduate degrees from MIT, Harvard University, the Universities of Paris 1 Panthéon-Sorbonne, and Pau.

Joseph Zeira is a professor of economics at The Hebrew University of Jerusalem. He has also taught at LUISS Guido Carli in Rome. He specializes in macroeconomics, with a focus on economic growth, technology adoption across countries, income distribution, money and inflation, and the economy of Israel. He is active in the AIX Group, a think tank in which Israelis, Palestinians, and others study the economics of the peace process. He is the author of the Hebrew-language book The Israeli Economy (Sifrei Aliyat Hagag, 2017).

Joseph Stiglitz is University Professor at Columbia University, where he teaches at the Columbia Business School, the Graduate School of Arts and Sciences, and the School of International Public Affairs. He is the former chief economist at the World Bank and chair of the U.S. president’s Council of Economic Advisers. Stiglitz is currently co-president of the Initiative for Policy Dialogue (IPD), co-chair of the High-Level Expert Group on the Measurement of Economic Performance and Social Progress at the OECD, and chief economist of the Roosevelt Institute. He received the Nobel Prize in Economics in 2001. The latest of his many books is Globalization and its Discontents Revisited: Anti-Globalization in the Era of Trump (W.W. Norton, 2017).