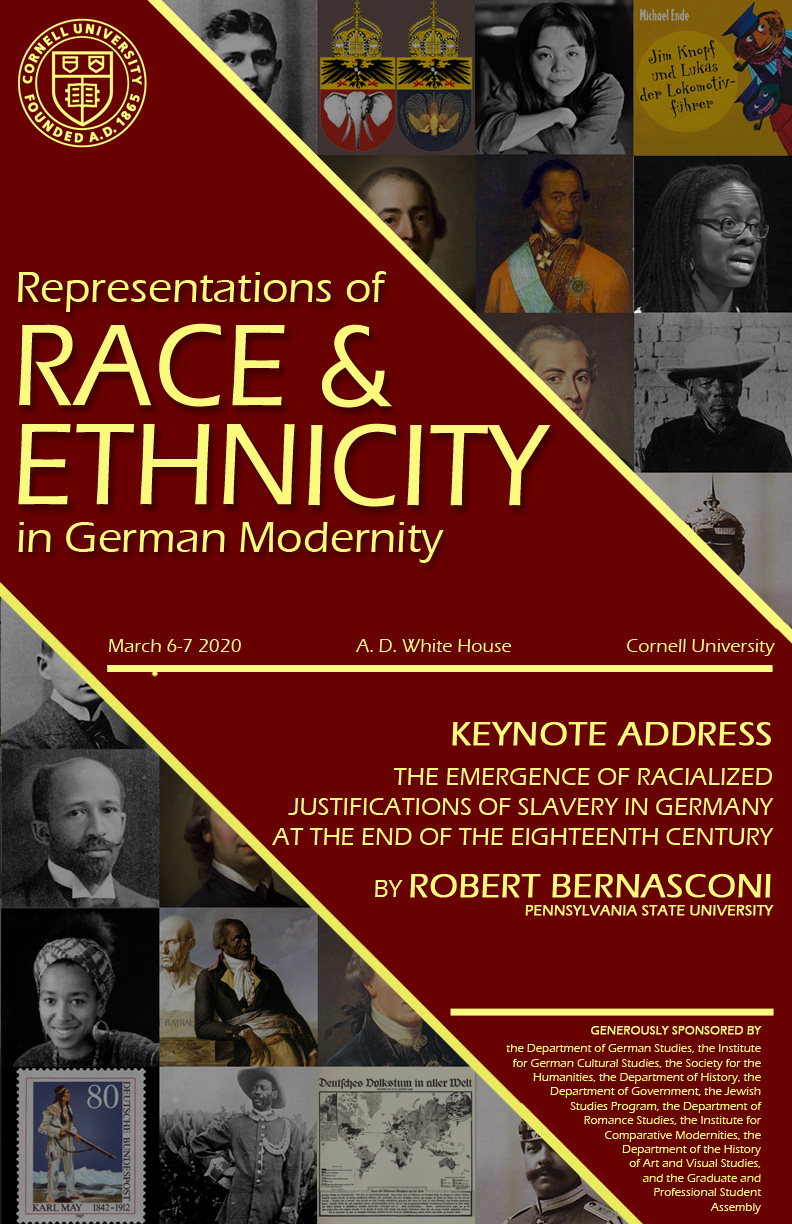 Conference: Representations of Race and Ethnicity in German Modernity

This conference brings together scholars from numerous disciplines with an interest in critical studies of the concept of race as it has contributed to understandings of the modern subject in the German canon and beyond, tracing its appearance in the works of natural scientists, philosophers, anthropologists, and writers alike. The overarching aim is to reflect on modernity and its particular entanglement with race as a historical, social, and political concept of intersectional significance, as well as to discuss its legacy since the Enlightenment.

This event draws on the expertise of a variety of disciplines, including philosophy, history, political theory, anthropology, art history, and literary studies, getting underway with a keynote address by Professor Robert Bernasconi (Penn State), whose work on the critical philosophy of race has greatly contributed to the current state of scholarly discourse.

Tobias Lehmann (University of Oregon) - Cosmopolitan Insights When Translating: The Experience of the Foreign

9:30-10:30am Theoretical Conceptions of the Human and Their Use Beyond Europe

Jan Hohenstein (Binghamton University) - The Unenlightened Mind: On Race in the Works of Christoph Meiners

10:45am-12:15pm Tropes of Otherness and the Challenges of a “Transnational Community”

Mimi Cheng  (University of Rochester) - A Chinese in the Dark: Vision and Illumination in German Qingdao

Sarah Then Bergh (Cornell University) - Between the Visual and the Aural: Music and Processes of Racialization in a Bundeswehr Recruitment Ad