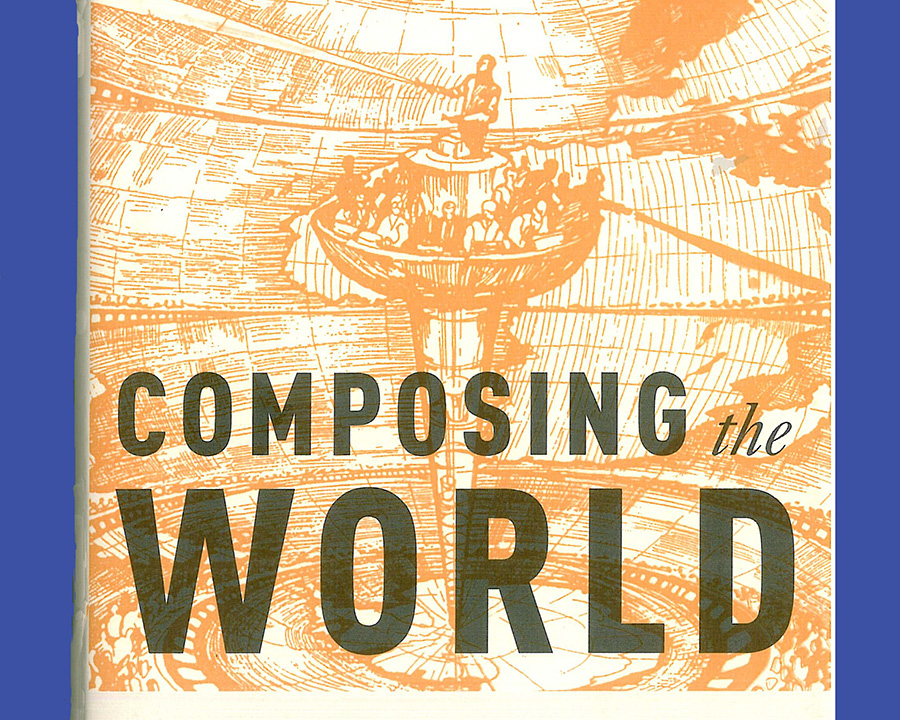 Composing the World: Harmony in the Medieval Platonic Cosmos

"We can hear the universe!" was the triumphant proclamation at a 2016 press conference announcing that the Laser Interferometer Gravity Observatory (LIGO) had detected a transient gravitational-wave signal. What they heard was the vibration of cosmic forces -- the transient ripple of two black holes colliding more than a billion years ago.

Now that we can “listen” to the cosmos, Andrew Hicks argues that sound--and the harmonious coordination of sounds, sources, and listeners--has always been an integral part of the history of studying the cosmos.  According to Hicks, you might not expect to find music theory in the study of psychology, natural philosophy, geometry or astronomy, but in cosmology, all these realms come together. He offers a new intellectual history of the role of harmony in his new book, Composing the World: Harmony in the Medieval Platonic Cosmos (Oxford University Press, 2017).

Join us for a Chats in the Stacks book talk to hear about the "music of the spheres," its impact on our view of the universe, and how the models of musical cosmology popular in late antiquity and the twelfth century are relevant today.

Andrew Hicks is Associate Professor of Music and Medieval Studies in the Department of Music at Cornell. He is a member of the graduate fields of Classics and Near Eastern Studies and a faculty affiliate in Religious Studies. He was recently awarded the prestigious Berlin Prize from the American Academy in Berlin, one of 21 scholars, writers, and artists awarded Berlin Prizes for 2017-18.

This event is sponsored by Olin Library. Refreshments served.