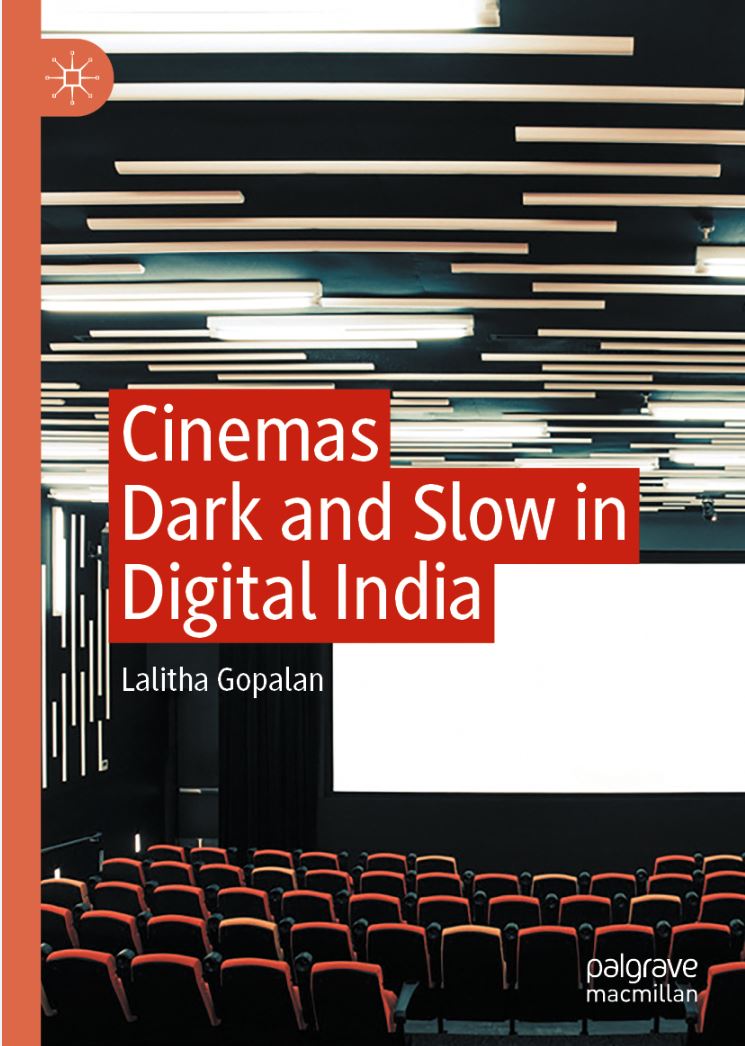 Cinemas Dark and Slow in Digital India provides a sustained engagement with contemporary Indian feature films from outside the mainstream, including Aaranaya Kaandam, I.D., Kaul, Chauthi Koot, Cosmic Sex, and Gaali Beeja, to undercut the dominance of Bollywood-focused film studies. Gopalan assembles films from Bangalore, Chennai, Delhi, Kolkata, and Trivandrum, in addition to independent productions in Bombay cinema, as a way of privileging understudied works that deserve critical attention. The book uses close readings of films and a deep investigation of film style to draw attention to the advent of digital technologies while remaining fully cognizant of ‘the digital’ as a cryptic formulation for considering the sea change in the global circulation of film and finance. This dual focus on both the techno-material conditions of Indian cinema and the film narrative offers a fulsome picture of changing narratives and shifting genres and styles.  The book presentation will include a sequence of clips from a few select films considered in the book.

Lalitha Gopalan is an associate professor in the Department of Radio-Television-Film and affiliate faculty in the Department of Asian Studies and South Asia Institute. Her research and teaching interests are in the areas of Film Theory, Feminist Film Theory, Contemporary World Cinemas, Indian Cinemas, Genre Films, and Experimental Film and Video.  Essays and books written by her include Cinemas Dark and Slow in Digital India (Palgrave Macmillan, 2021; Orient Blackswan 2021), Cinema of Interruptions: Action Genres in Contemporary Indian Cinema (London: BFI Publishing, 2002), and Bombay (London: BFI Modern Classics, 2005); and the edited volume The Cinema of India (London: Wallflower Press, 2010).  Her current book project explores various experimental film and video practices across different locations globally.  She has published essays in journals including Screen, Journal of Moving Image, Film Quarterly, New Cinemas: Journal of Contemporary Film, and many landmark anthologies. She has been a recipient of several grants including a Senior Fellowship from the Polish Institute of Advanced Study in Warsaw (PIAST); Provost’s Author’s Fellowship from the University of Texas at Austin; Tagore Fellowship from the Ministry of Culture, Government of India; Senior Long-Term Fellowship, American Institute of Indian Studies; and Fulbright Hays-Nehru Fellowship. Long interested in curatorial practices her recent co-curated projects with Anuj Vaidya include Cruel Cinema: New Directions in Tamil Cinema (2011-12) and Other Species, Other Times: New Video Art from India’ (2015-16). Lalitha Gopalan currently serves on the editorial board of Camera Obscura: Feminism, Culture, and Media Studies. She has served on several film festival juries and is currently on the advisory board of the 3rd Film Festival, San Francisco.