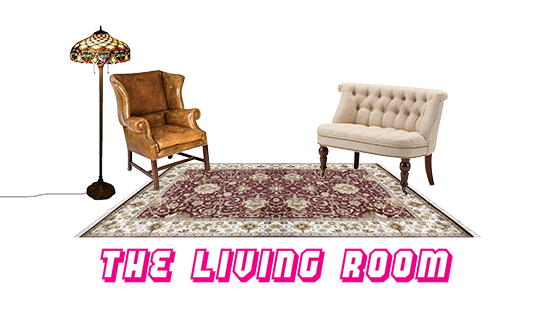 The Living Room is a student organization whose goal is to create a forum for critical discussion and debate about architecture today. Please join Charles Davis and Esra Akcan for the Living Room on March 18 to consider historical integrations of race and style theory in paradigms of "architectural organicism" or movements that modeled design on the generative principles of nature.

Charles L. Davis II is an assistant professor of architectural history and criticism at the University at Buffalo. He received his Ph.D. in architecture from the University of Pennsylvania and has an M.Arch. and B.P.S. from the University at Buffalo. His academic research examines the integrations of race and style theory in modern architectural debates from the late 19th to the mid-20th century. He has published articles and essays in Architectural Research Quarterly, Journal of the Society of Architectural Historians, Harvard Design Magazine, Aggregate, Append-x, and VIA. His design work, which examines the contemporary relevance of his academic research, has been exhibited at galleries in New York state and North Carolina.

Esra Akcan's scholarly work on a geopolitically conscious global history of urbanism and architecture inspires her teaching. She is the author of Landfill Istanbul: Twelve Scenarios for a Global City (124/3, 2004); Architecture in Translation: Germany, Turkey and the Modern House (Duke University Press, 2012); Turkey: Modern Architectures in History (with S. Bozdoğan, Reaktion/University of Chicago Press, 2012); and Open Architecture: Migration, Citizenship and the Urban Renewal of Berlin-Kreuzberg by IBA-1984/87 (Birkhäuser-De Gruyter, 2018). She has received numerous awards and has authored more than 100 articles on the intertwined histories of Europe and West Asia, critical and postcolonial theory, architectural photography, migration and diasporas, translation, and contemporary architecture. These works offer new ways to understand the global movement of architecture and advocate a commitment to new ethics of hospitality and global justice. Akcan has also participated in exhibitions by carrying her practice beyond writing to visual media.

Akcan was educated as an architect in Turkey and received her Ph.D. from Columbia University.