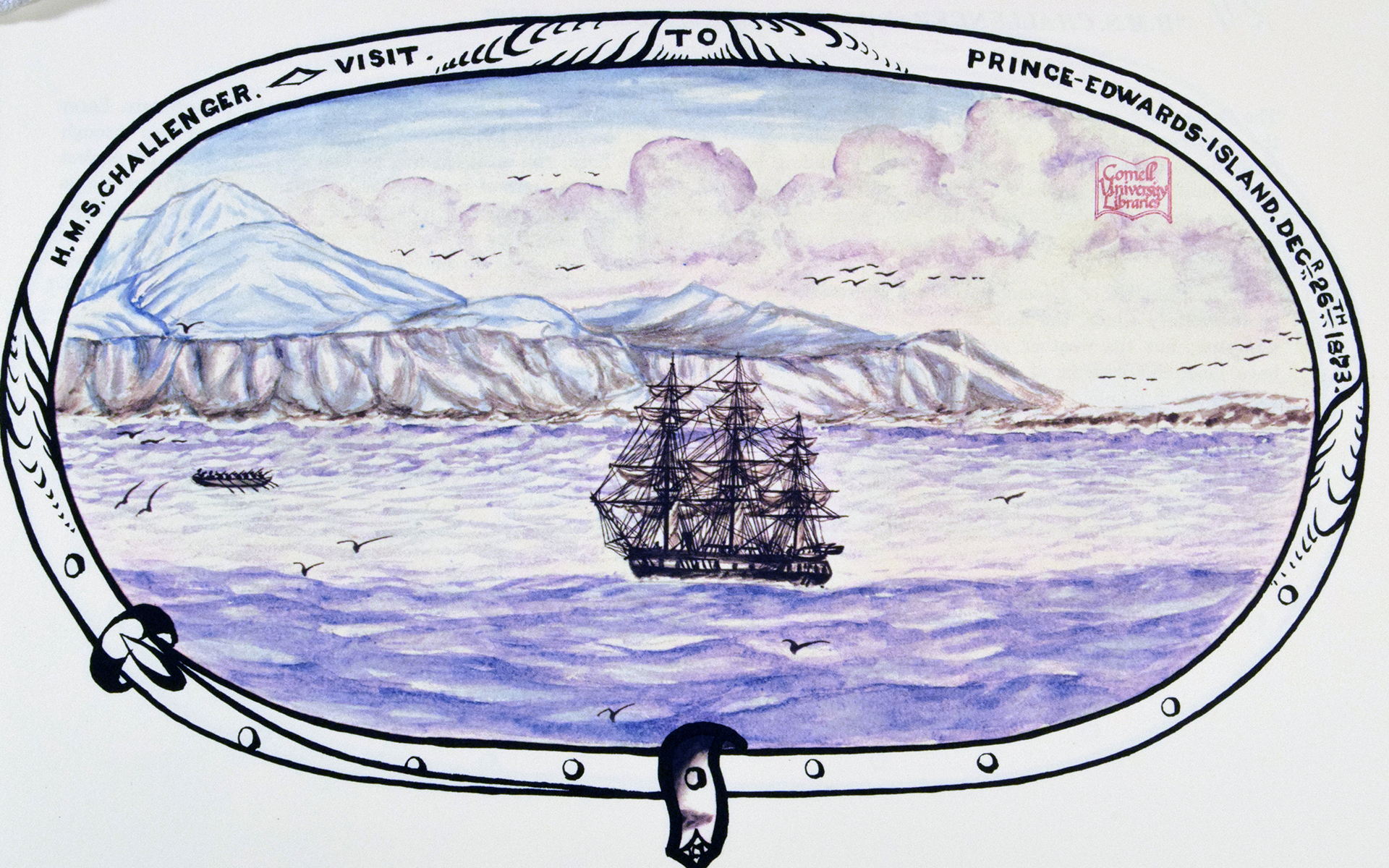 Challenging the Deep: An exhibit celebrating the 150 year anniversary of the H.M.S. Challenger

Humans have explored only about five per cent of our blue planet’s ocean habitat, but even that bit of progress has much to do with a sea voyage launched one hundred and fifty years ago. On December 21, 1872, the HMS Challenger, a re-tooled British naval ship outfitted with some of the most sophisticated scientific equipment of the times, sailed out of harbor at Portsmouth, England. The Challenger’s circumnavigation of the globe lasted 3-1/2 years and founded oceanography and marine science as formal fields of study.

In celebration of the 150th anniversary of this pioneering voyage, Mann has published “Challenging the Deep,” an online exhibit viewable at bit.ly/hms-challenger, drawing from our own collections and those of Cornell University Library’s Rare and Manuscript Collections, which hold a copy of the Report on the Scientific Results of the Voyage of HMS Challenger, the official collection of the expedition’s scientific work.