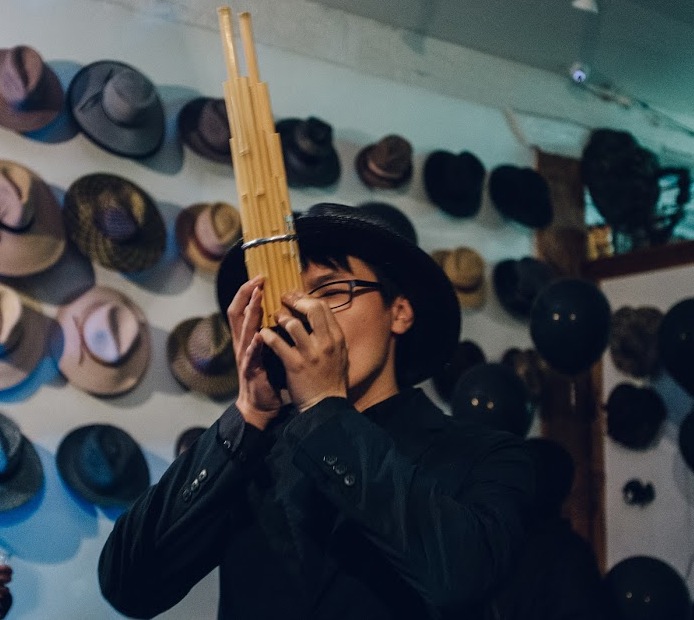 CCCP presents Chatori Shimizu, a Japanese shō (笙) player and award winning contemporary composer to give a lecture on Japanese traditional music and contemporary repertoire and to perform a concert with music by Helmut Lachenmann, Kikuko Massumoto, Maki Ishii and Cornell Composers.

The shō (笙) is a Japanese traditional mouth organ, used in Gagaku (Japanese court music). Although this instruments boasts a history of 1,300 years, it is still unknown to many composers. The lecture will cover excerpts from important repertoires of both classical and contemporary works for the shō, analyzing works by Helmut Lachenmann, Kikuko Massumoto, and Maki Ishii. Both traditional and the usage of Western notation of the shō will be explained. The second half of the lecture will be structured around the demonstration of possible extended techniques, such as flutter tongue and vibrato.

Chatori Shimizuis a Germany based composer and shō researcher, who constructs his works for a wide range of mediums concerning the time identity in sound. Shimizu’s works have been performed around the world, and he has received honors such as the 1stPrize for 2016 Malta International Composition Competition, Toshiba Foundation Fellowship, Mitsubishi Foundation Fellowship, and the Arima Prize, among others. As an active researcher in the compositional approaches of the shō, he has conducted numerous lectures and demonstrations regarding the notation and the extended techniques of Japanese instruments in universities worldwide, such as The Graduate Center at CUNY, Manhattan School of Music, University of Hawaii at Manoa, National Gugak Center Korea, Conservatorio de Música de Puerto Rico, Hochschule für Musik Carl Maria von Weber, Tamagawa University, among many others. Shimizu was born in Osaka, Japan, and received his BM at Kunitachi College of Music, Tokyo, and MFA at Columbia University, New York.