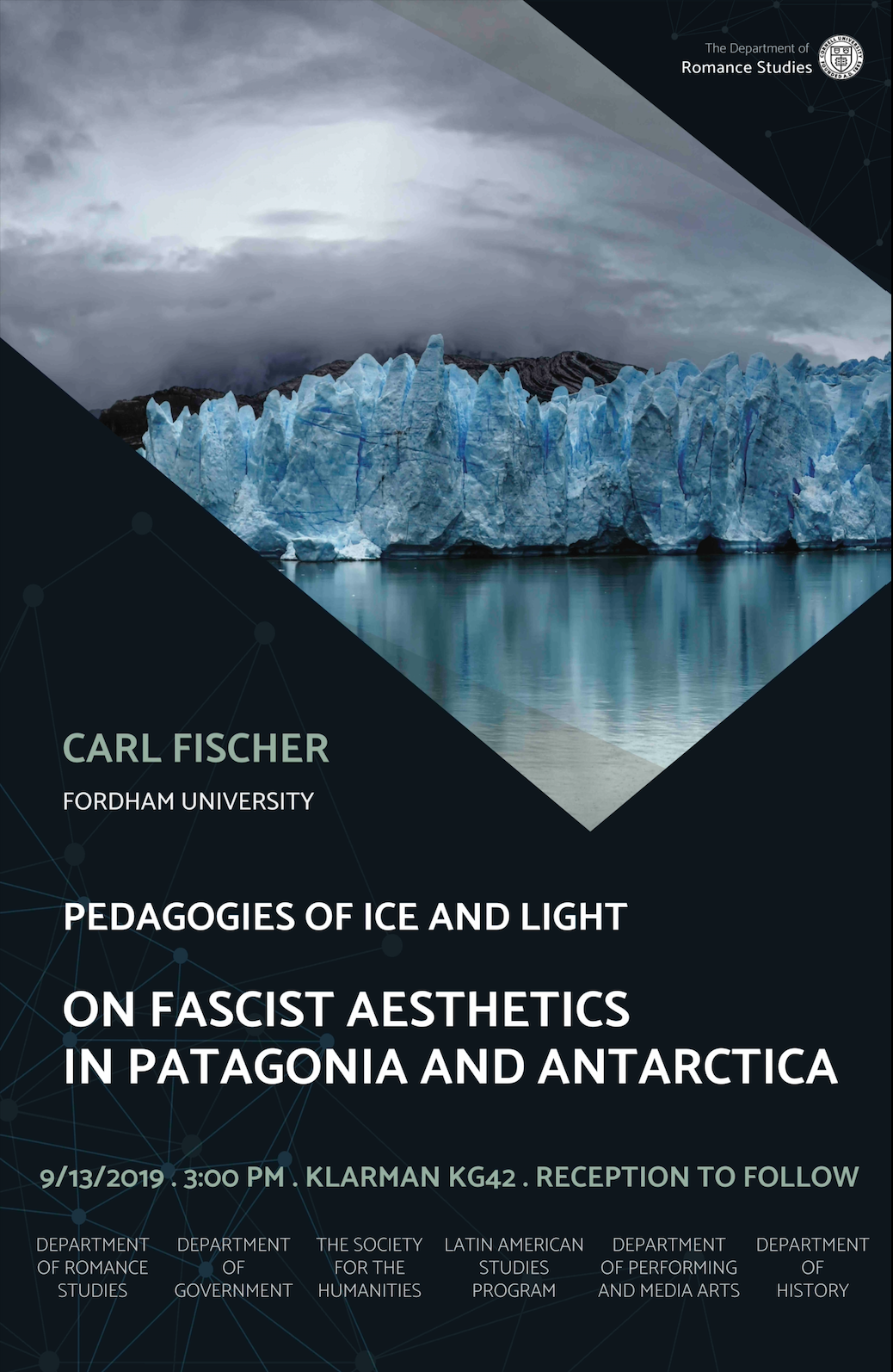 Carl Fischer, "Pedagogies of Ice and Light: On Fascist Aesthetics in Patagonia and Antartica"

Fascist thinking has always figured particular geopolitical spaces—from North Africa under Franco, to Mexico and Central America under Trump—as “others” vis-à-vis its nationalist rhetoric. Such spaces can also serve as idylls or models for a nation to achieve, however: certain strains of South American fascism, in this sense, have figured the icy landscapes of Antarctica and Patagonia as aestheticized metaphors for nationalistic pretensions at geopolitical domination, as well as spaces for mythologized, occult-based images and paranoid conspiracy theories. This talk engages with a series of cultural artifacts that have enacted, and also critiqued, such rhetoric. Connecting white supremacist texts written during and after World War II to the geopolitical obsessions of the military dictatorships and the memory struggles of the postdictatorship period, this talk will examine works by Miguel Serrano, Roberto Bolaño, and Lucía Puenzo, among others, to argue that their representations of Patagonia and Antarctica are an important, yet under-examined, piece of an archive of fascist (and anti-fascist) aesthetics in Chile and Argentina.