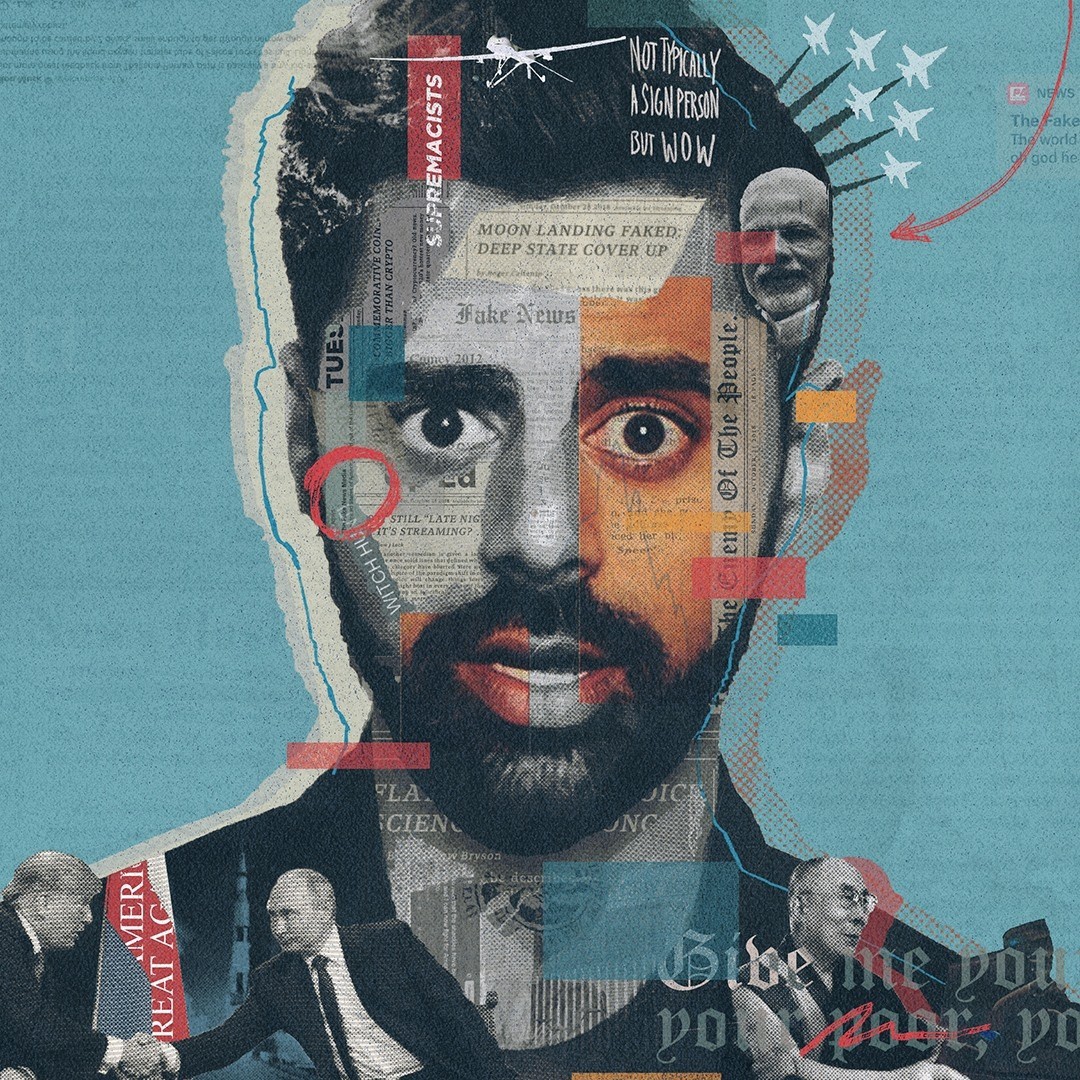 Our contemporary moment has witnessed a precipitous rise in the presence of American Muslim comedians in pop culture - on television, movies, and on the stage. I map their unprecedented popularity to the contemporary moment when American “Muslim” humor is named as such, as well as the complications that arise from imposing a religious referent interchangeably with terms like “racial” or “ethnic” as they relate to the constitution of the 21st-century Western subject. This gendering, racialization, and a growing progressive consensus on issues of intersectionality have come to provide a common language for comedians to identify as Muslim over strictly racial and ethnic nomenclature. Yet this humor replicates a subjugating racialized, religionized, and "masculine" vision of Islam – outside of themselves – by limiting its articulation to normative Sunni ideals and injunctions. For comedians like Hasan Minhaj, there is an inconsistent stepping in and out in of language that names him as Muslim, Indian, Desi, or simply “brown” that relies on aesthetics of American Blackness to register an opposition to white secularity.

Samah Choudhury is an Assistant Professor of Religious Studies at Ithaca College. Her research surrounds Islam, humor, and the politics of social legibility in the United States. Her current book manuscript looks at the ways that Islam and Muslims are articulated through standup comedy and how they speak back to broader transnational practices and discourses of race, masculinity, and secularism. She holds a PhD from UNC Chapel Hill in Religious Studies.