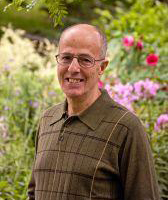 Abstract:
The solution of  large symmetric eigenvalue problems is central  to applications ranging from electronic  structure calculations to the study of  vibrations in mechanical systems.  A few of these applications require the computation of a large  number of eigenvalues and associated eigenvectors. For example, when dealing with excited states in quantum mechanics, it is not uncommon to seek a few tens of thousands of eigenvalues of matrices of sizes in the tens of millions.  In such situations it is imperative to resort to `spectrum  slicing' strategies, i.e., strategies that extract slices of  the spectrum independently.  The presentation will discuss a  few techniques in this category, namely those based  on a combination of filtering (polynomial,  rational) and standard projection methods (Lanczos, subspace  iteration).  Filtering consists of computing eigenvalues and vectors of a matrix of the form B = f(A), where f  is typically a polynomial or rational function.  With the mapping f the wanted eigenvalues of the original matrix are transformed  in such a way that they become easier  to extract.  This particular area blends ideas from  approximation theory with standard matrix algorithms.  The presentation will emphasize rational filtering and will discuss some recent work on nonlinear eigenvalue problems.

Bio:
Yousef Saad is a College of Science and Engineering (CSE) distinguished professor  with the department of computer science and engineering at the University of Minnesota. He received the "Doctorat d'Etat" from the university of Grenoble (France) in 1983.  He  joined the university of Minnesota in 1990 as a Professor of computer science and a Fellow of the  Minnesota Supercomputer Institute.  He was head of  the department of Computer Science and  Engineering from January 1997 to June 2000,  and became a CSE distinguished professor in 2005.   From 1981 to 1990, he held  positions at the University of California  at Berkeley, Yale, the University of  Illinois, and the Research Institute for  Advanced Computer  Science (RIACS).   His current  research interests include:  numerical linear  algebra, sparse  matrix computations,  iterative methods, parallel computing,  numerical methods for electronic  structure, and linear  algebra methods in  data mining.  He is  the author of  two monographs and over 190 journal articles.  He  is also  the developer or co-developer of  several software  packages for solving  sparse linear  systems of equations  and eigenvalue  problems including SPARSKIT,    pARMS,    ITSOL,    and    EVSL.    Yousef    Saad    is    a    SIAM    fellow   (class    of    2010)    and    a    fellow    of    the    AAAS    (2011).

Department of Computer Science and Engineering, University of Minnesota