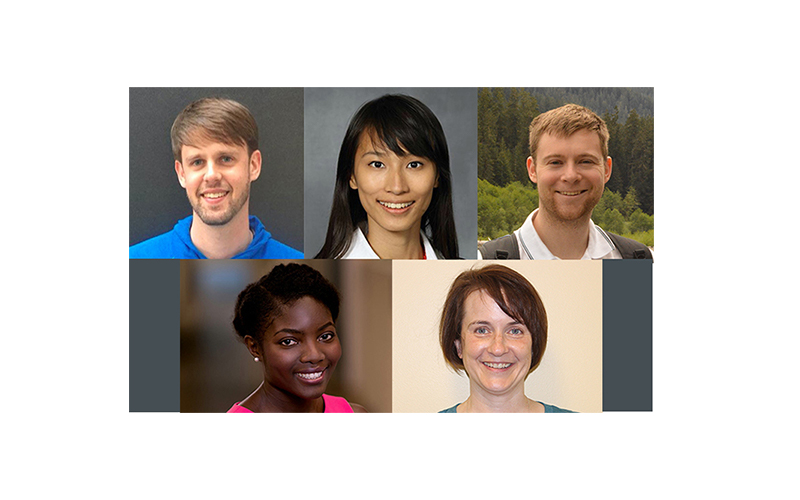 Five CAM Alumni working in diverse fields outside of academia will share their experiences and answer questions. The discussion will be moderated by Alex Vladimirsky, CAM Director. This program is part one of a two-part program; the Math Department will host Math Careers Beyond Academia on November 29 from 5:15-6:15 in Malott 406.

ON-SITE PANELISTS
Tim Novikoff, Project Manager, Google Photos
Tim is an entrepreneur who sold his startup Fly Labs to Google in 2015. He is now a product manager at Google Photos, overseeing features that use machine learning and computer vision to delight over 600M users. Tim studied algorithmic education theory with Steve Strogatz and Jon Kleinberg at CAM. Prior to joining CAM, Tim was a math teacher at Stuyvesant High School in NYC.

Virginia Pasour, Program Manager, Biomathematics, Army Research Office
Virginia received a BS in Mathematics from Wake Forest University, an MS in Biostatistics from UNC-Chapel Hill, and an MS and PhD in Applied Mathematics from Cornell University.  Her graduate work focused on theoretical ecology and her thesis involved the modeling of bio-physical interactions in an embayment-lake ecosystem.  She then moved to UCLA as a research associate/assistant adjunct professor in the Math department, teaching and working on agent-based models of criminal behavior.  From there she took a postdoc position in Duke University’s Biology department, using probability models to predict paths of viral evolution, before moving to ARO as Program Manager for the new program in Biomathematics in fall, 2009.  Her work there involves identifying promising new areas of basic research in Biomathematics, working with external researchers to formulate, fund, and manage projects in these areas, coordinating with other government program managers/agencies, and helping to transition funded basic research to more applied Army scientists for ultimate use by the soldier.  She has also worked as a programmer at IBM and a statistician at the Research Triangle Institute in the Statistics Research Division.  Her current research interests include how large rooted plants modify water flow in natural water bodies and how shipping traffic contributes to the spread of invasive species.

Danielle Toupo, Data Scientist, Intel Corporation
Danielle completed her PhD in Applied Mathematics from Cornell University in May 2016. Her PhD work focused on the analysis of complex dynamical systems especially nonlinear dynamics of cycles in evolutionary games.  Her PhD advisor was Steven Strogatz and her committee members were Richard Rand and David Bindel. She joined Intel’s Leadership Pipeline Program called Venture in July 2016 and is currently working as data scientist on the team.

PANELISTS JOINING VIA VIDEO CONFERENCE
Philipp Meerkamp, Financial Software Engineer, Bloomberg LP
Phillipp graduated from the Cornell Department of Mathematics in 2012. His thesis work (supervised by John Guckenheimer) was on dynamical systems (singular Hopf bifurcation). Philipp joined Bloomberg as a financial software engineer, a career that began with a 4-month training in software engineering and finance for non computer scientists. He loved the collaborative nature at Bloomberg from day one. After initially working mainly on software projects, he now leads a team of PhD researchers, working in the area of NLP, information extraction, and time series. Philipp advises machine learning and neural networks projects in other groups, is involved in designing internal machine learning training programs, and serves on the board of Bloomberg's Data Science Research Grant program.

Zhengyi Zhu, Senior Scientist, AT&T Labs
Zhengyi graduated from CAM in August 2015. Her thesis was predicting ambulance demand using techniques from times series / spatio-temporal data forecasting, optimization, and Bayesian computation. She has since been a senior research scientist at AT&T Labs (NYC). She does applied machine learning research and applies them to targeted advertising, operational anomaly detection, and traffic modeling. She continues to publish at and attend major machine learning conferences, and collaborate with researchers from academia and industry. Prior to joining AT&T Labs, she interviewed across academia, industrial labs, and industrial companies, and interned as a machine learning scientist at Amazon (Seattle).