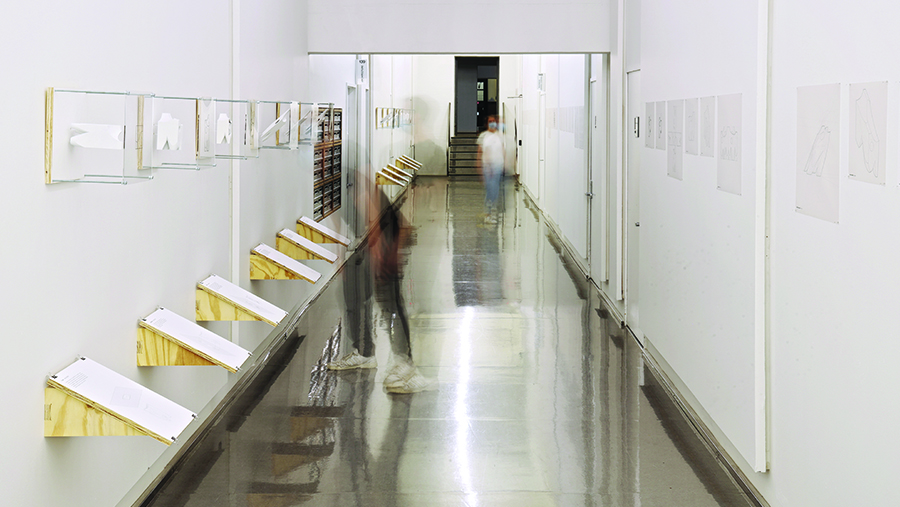 "Imagination is not held within the mind, but it is potentially active in all the areas of transition from persons to objects or pictures. It operates, in other words, in the same zones as projection and its metaphors."
~Robin Evans, The Projective Cast

The act of drawing demands ceaseless translation. As this process unfolds, abstract three-dimensional spatial ideas are crystallized into two-dimensional representations constructed from points, lines, and surfaces. Through the use of these fundamental elements, imagined three-dimensional spaces, objects, and ideas are rendered visible into a two-dimensional artifact, the drawing. This artifact is simultaneously conceptual and practical. It is imbued with information which describes space and form, communicates methods of assembly, illustrates paths of movement, portrays narratives, evokes atmospheres, provokes questioning, and much more.

Drawing projections allow architects to express two-dimensional to three-dimensional translations through a consistent set of principles. There are three primary drawing systems: multiview, paraline, and perspective. Each of the primary projections is the result of extended projectors from a three-dimensional object intersecting the two-dimensional drawing plane, resulting in vastly different images. Ultimately, each projection system privileges an object in a distinctive way, allowing for various understandings of the object itself.

As new technology has emerged, the tools architects and designers use to represent their ideas have radically changed. Projective drawings types previously used to translate two-dimensional ideas of space into physical forms have nearly reversed their role. While drawings remain the primary means of translation, the prevalence of three-dimensional modeling software has increasingly blurred the relationship between 3D object and 2D drawing. Multiview, paraline, and perspective drawings are now created through the manipulation of a single digital model. The drawing is an artificial representation of the digital object, from which the physical object will be reconstructed once again. This oscillation from 3D to 2D to 3D is the central point of inquiry explored in this exhibition.

Through drawings and models, Translations + Projections considers the different ways in which representational techniques common to the practice of architecture can be used as a tool to not only describe, but to reinterpret the spatial relationships of a single generic object. In the models, two-dimensional and three-dimensional modes of representation are superimposed, highlighting the similarities and discrepancies between the two-dimensional and three-dimensional artifacts. This meditation on the object is intended to shift the focus away from the object itself, and instead considers how conventional and non-conventional drawing projections radically change our perceptions, readings, and understandings of the object itself. Hybrid and invented drawing types further explore the discrepancies and distortions that occur in the translation from object to image.