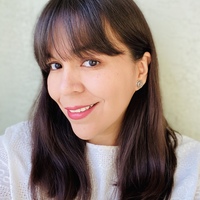 Sponsored by the Central New York Humanities Corridor from an award by the Andrew W. Mellon Foundation

Professor Vázquez Enríquez writes at the intersection of the environmental humanities and the fields of border and migration studies. Her first book project theorizes the concept of border biomes to think about the mutual entanglement between human and nonhuman entities in relation to border settings and migration flows in the Americas. In her work, she examines questions of ecopolitics in transnational settings, the relationships between migrants and border communities with border ecologies, and queries regarding the different forms of environmental racism faced by immigrants.

Emily Celeste Vazquez Enriquez holds a licenciatura in Hispanic literature from the Autonomous University of Chihuahua, Mexico, an M.A. in Spanish with specialization in Latin American literature from the University of Texas at El Paso, and a PhD in Romance Studies from Cornell University. Focused on the fields of border and migration studies, in her research she analyzes the social and discursive intersections between speculation and environment. Particularly, she is interested in studying speculative border fiction depicting the built and natural environments of the Guatemala-Mexico and Mexico-U.S. borderlands.

Please register to attend through the following link: https://cornell.zoom.us/webinar/register/WN_gN5z4i_wTc-20r6vuOhPFQ