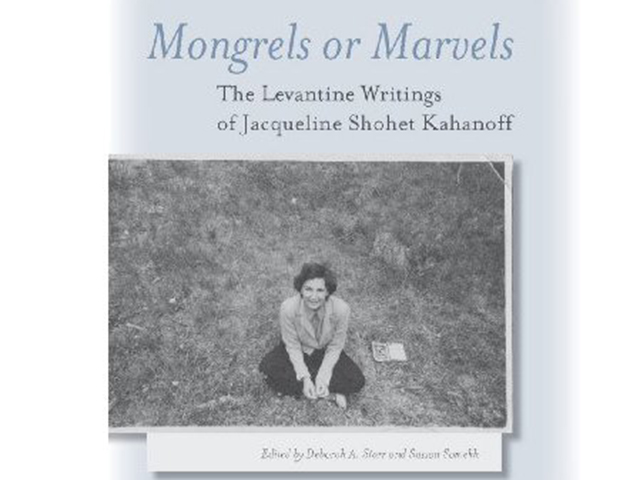 Mongrels or Marvels: The Levantine Writings of Jacqueline Shohet Kahanoff

Jacqueline Shohet Kahanoff, a member of the bourgeois Jewish community in Cairo, grew up in a time of coexistence with the Arab world.  During World War II, she lived in New York City where she launched her writing career with publications in prominent American journals. Later in life, she became a noted cultural and literary critic, anticipating contemporary concerns about cultural integration in immigrant societies. She proudly called herself a 'Levantine.'

Join Deborah Starr, editor of Mongrels or Marvels (Stanford University Press, May 2011), for a Chats in the Stacks book talk about the writings of Kahanoff (1917–1979). Starr and coeditor Sasson Somekh, professor emeritus of Arabic Literature at Tel Aviv University, present a selection of essays and works of fiction that reassess Arab-Jewish relations and reveal an author clearly ahead of her time.

Deborah Starr is associate professor of Modern Arabic and Hebrew Literature and Film, in the department of Near Eastern Studies at Cornell. She is also author of Remembering Cosmopolitan Egypt: Literature, culture, and empire (2009).

Free and open to all.

Department of Near Eastern Studies