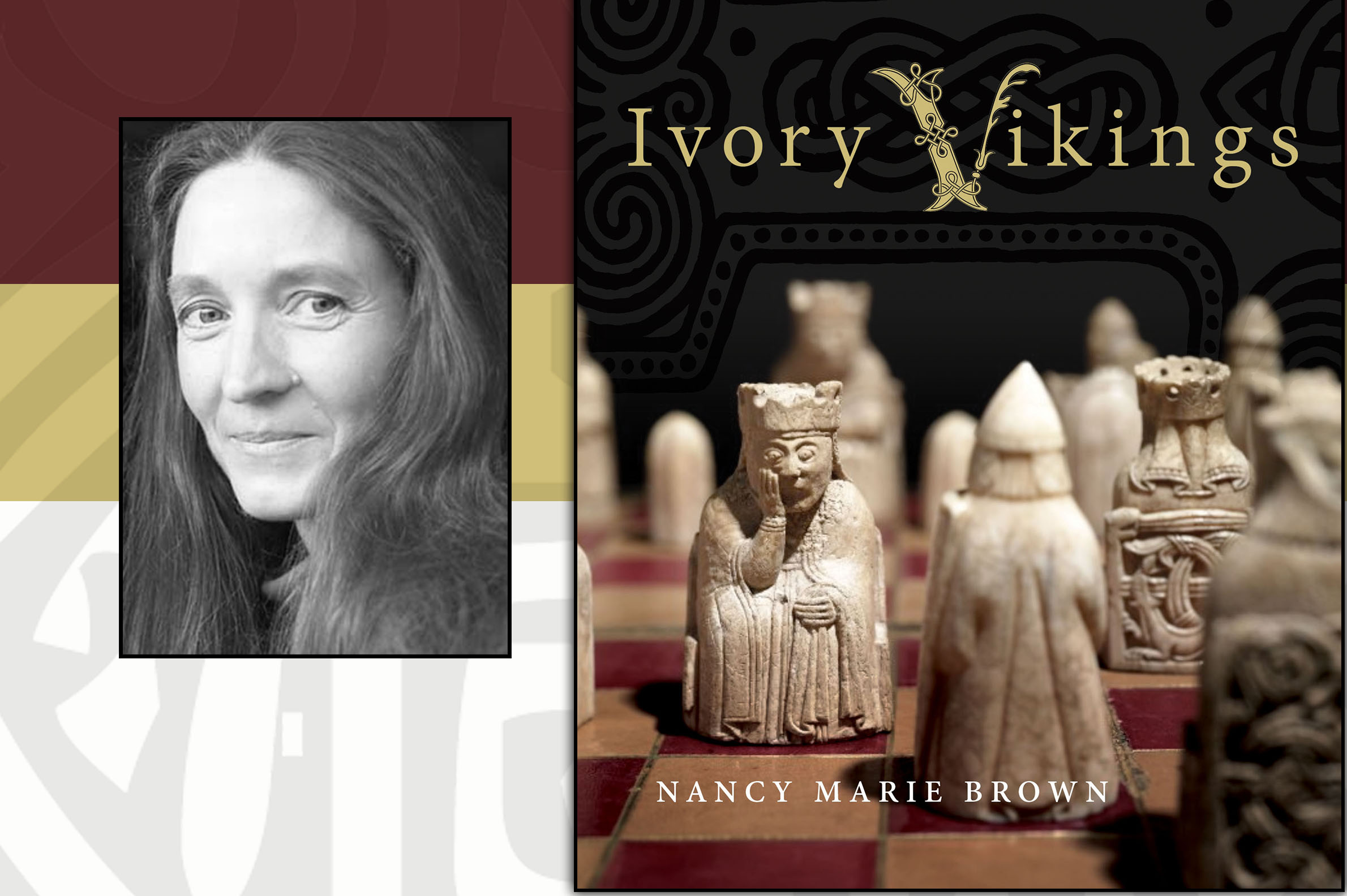 In the early 19th century, on a Hebridean beach in Scotland, the sea exposed an ancient treasure cache: 93 chessmen carved from walrus ivory  and whales’ teeth between AD 1150-1200. Norse netsuke, each face individual, each full of quirks, the Lewis Chessmen are probably the most famous chess pieces in the world. Harry played Wizard's Chess with them in Harry Potter and the Sorcerer's Stone. Housed at the British Museum, they are among its most visited objects.

Who owned the chess pieces? Why were they hidden and who carved them? Join renowned Norse scholar Nancy Marie Brown, author of the new book Ivory Vikings: The Mystery of the Most Famous Chessmen in the World and the Woman Who Made Them (St. Martin's Press,  Sept. 1, 2015) to hear more about these mysterious carvings. Her book connects medieval Icelandic sagas with modern archaeology, art history, forensics, and the history of board games.

Brown’s research presents a vivid history of the 400 years when the Vikings ruled the North Atlantic, and brings to light the 12th century artist named Margret the Adroit. "With a single chess set," notes Brown, "you can play an infinite number of games."

Nancy Marie Brown is the author of numerous books about Iceland, science and sagas. She is a frequent visitor in the Division of Rare and Manuscript Collections, home to the Fiske Icelandic Collection at Cornell University. The collection is one of the three largest on Icelandic literature and civilization, and unrivaled in its resources for the study of the medieval Nordic world. Brown is fluent in Icelandic and lives on a farm in northern Vermont with her four Icelandic horses.