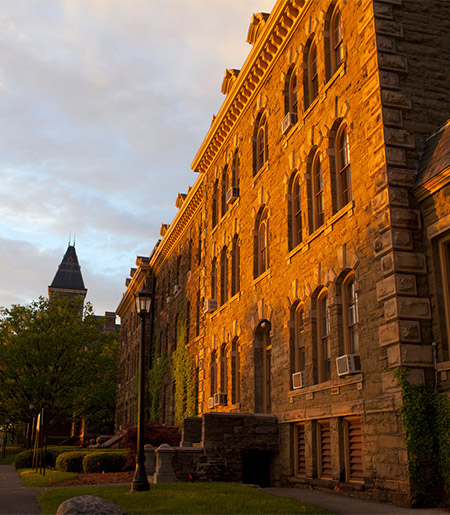 Fassin is the James D. Wolfensohn Professor of Social Science at the Institute for Advanced Study.

Didier Fassin is an anthropologist and a sociologist. Initially trained as a physician at Paris University Pierre et Marie Curie, he practiced internal medicine and taught public health at the Hospital of La Pitié Salpétrière, before turning to the social sciences. Having completed a Master’s degree at La Sorbonne and a PhD at EHESS, the École des Hautes Études en Sciences Sociales, he became Professor at the University of Paris North and later Director of Studies at EHESS, a position he still holds. At CNRS, the Centre National de la Recherche Scientifique, he was the founding director of IRIS, the Interdisciplinary Research Institute in Social Sciences. In 2009, he was appointed at the Institute for Advanced Study as the James D. Wolfensohn Professor. In 2019, he was elected to the Annual Chair in Public Health at the Collège de France, where his inaugural Lecture was titled “The Inequality of Lives.” In 2021, he was elected to the Academia Europaea.

At the crossroads of two disciplines, he initially conducted studies in medical anthropology, focusing on issues of power and inequalities, successively in Senegal, Ecuador and France. His research on the politics and experiences of AIDS in South Africa led him to develop the conceptual framework of the embodiment of history to account for the reproduction of social disparities and the production of heterodox interpretations of the epidemic. A former vice-president of Médecins Sans Frontières, he launched a scientific program on humanitarianism in various international contexts of conflicts and disasters, analyzing the implications of speaking of injustice as suffering, violence as trauma, and resistance as resilience. He also investigated immigration and asylum policies as part of a collective project on borders and boundaries supported by the French National Agency for Research.

Laureate of the program Ideas of the European Research Council, he developed an approach to political and moral anthropology which he put to work through a ten-year ethnography of the French state, conducting fieldwork on police, justice and prison. His most recent inquiry is a critical engagement with philosophical approaches to punishment, which was the matter of his Tanner Lectures on Human Values at the University of California, Berkeley, and to life, which was the topic of his Adorno Lectures, at the Goethe University of Frankfurt. He also gave the inaugural Lemkin Lecture at Rutgers University on resentment and ressentiment, the Tumin Lecture at Princeton University on the life of things, the Eric Wolf Lecture at the University of Vienna on conspiracy theories, and the Page-Barbour Lectures at the University of Virginia on crisis. Frequently intervening in the media, in institutions, in schools and in front of general audiences, he developed a theoretical reflection on the public presence of the social sciences, which he presented in his recipient lecture for the Gold Medal in anthropology at the Royal Swedish Academy of Sciences. The Nomis Distinguished Scientist Award he has been granted will allow him to conduct a multi-sited research exploring the ubiquitous notion of crisis and its multiple meanings from a global perspective.

He authored twenty books, which were translated in seven languages and several of which were granted awards, and edited twenty-seven collective volumes. He occasionally writes for the New York Times, the London Review of Books, The Guardian, Le Monde, Liberation, and is a regular contributor to Alternatives Économiques.

The Bernd Lambert Memorial Lecture Series, inaugurated in 2017, was established by the Cornell University Department of Anthropology in honor of one of its most distinguished faculty members. Bernd Lambert, an ethnographer of the Pacific Islands, joined the Cornell faculty in 1964. For over 50 years as both active and emeritus professor of anthropology, his research and teaching ranged widely from issues of kinship and social organization to myth and symbol. The Lambert lectures honor Prof. Lambert’s legacy by bringing similarly broad-minded scholars to the Cornell campus.