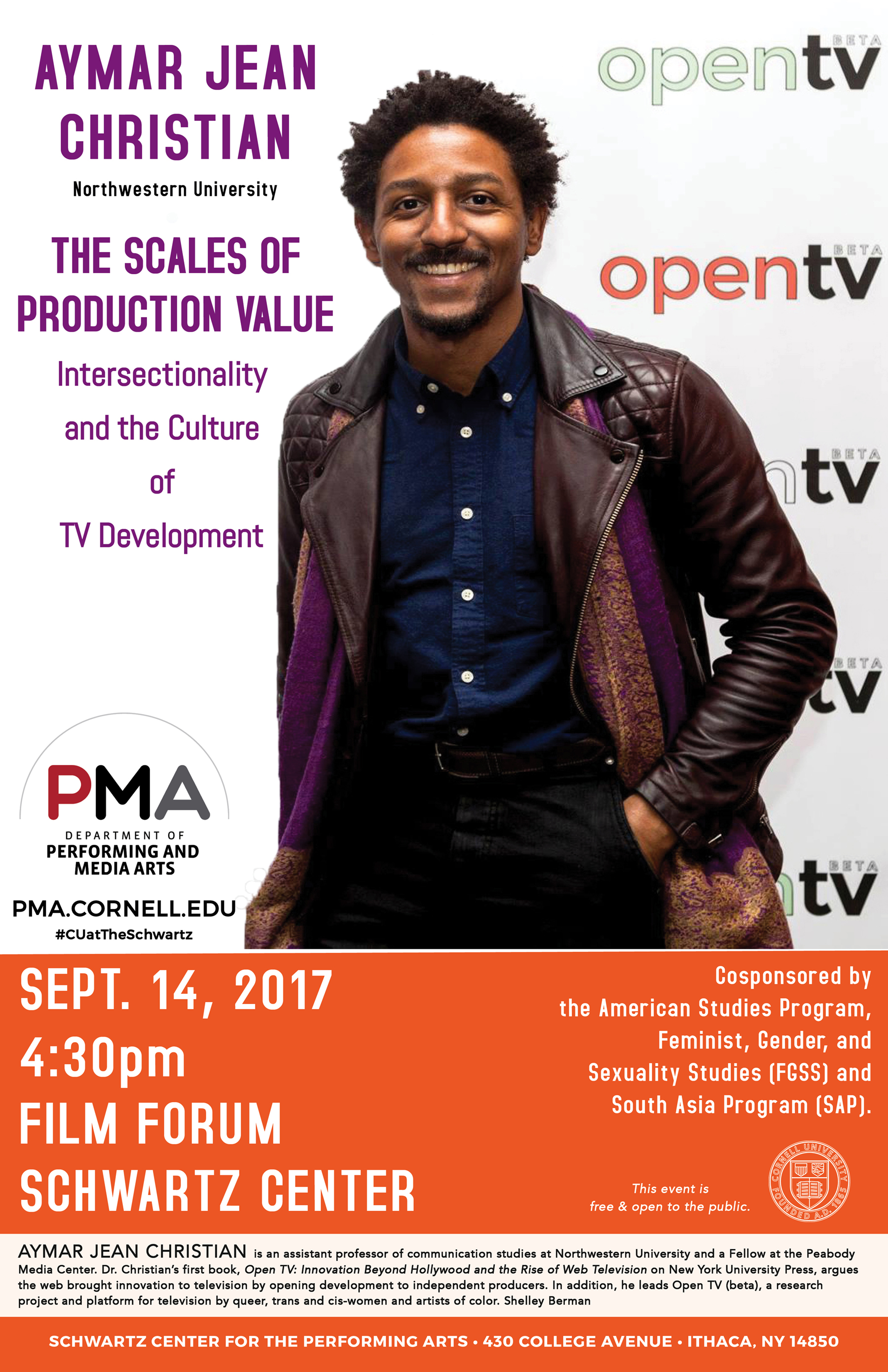 Aymar Jean “AJ” Christian is an assistant professor of communication studies at Northwestern University and a Fellow at the Peabody Media Center. Dr. Christian’s first book, Open TV: Innovation Beyond Hollywood and the Rise of Web Television on New York University Press, argues the web brought innovation to television by opening development to independent producers. His work has been published in numerous academic journals, including The International Journal of Communication, Cinema Journal, Continuum, and Transformative Works and Cultures.

He leads Open TV (beta), a research project and platform for television by queer, trans and cis-women and artists of color. Open TV (beta) programming partners have included the Museum of Contemporary Art Chicago, Art Institute of Chicago, Block Museum of Art, and City of Chicago, along with numerous galleries, community organizations, and universities. He has juried television and video for the Peabody Awards, Gotham Awards, Streamy Awards, and Tribeca Film Festival, among others. His blog, Televisual, is an archive of over 500 posts chronicling the rise of the web TV market, and he has written regular reports on TV and new media for Indiewire, The Wall Street Journal, Slate, and Tubefilter. He received his PhD from the University of Pennsylvania and BA from the University of Michigan.