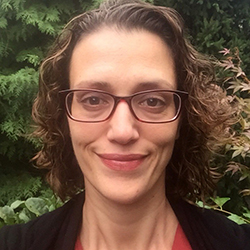 Athenian Walks from the Late 19th to the Early 20th Century

Eirva Diamessis, Digital Collections Assistant, Cornell University Library. Eirva studied Cultural Technology and Communication at the University of Aegean, Greece. Her MSc was in “Research in Architecture: Architectural Design-Space-Culture,” in the Department of Architecture, from the National Technical University of Athens (NTUA), Greece. During her studies, she focused on the history of cities (Athens, late 19th to early 20th century), cultural theory and space, psychoanalysis and architecture, the concept of “technique,” literature and the city, Turkish baths in Greece and the Aegean coast of Asia Minor. She later worked as assistant researcher in various projects related to museums and archives, collaborating with organizations, such as the Piraeus Bank Group Cultural Foundation and as production assistant at the Computer Technology Institute and Press "Diophantus" (CTI), University of Patras, Greece. She recently earned her MLIS in Archives Management Concentration from Simmons College.