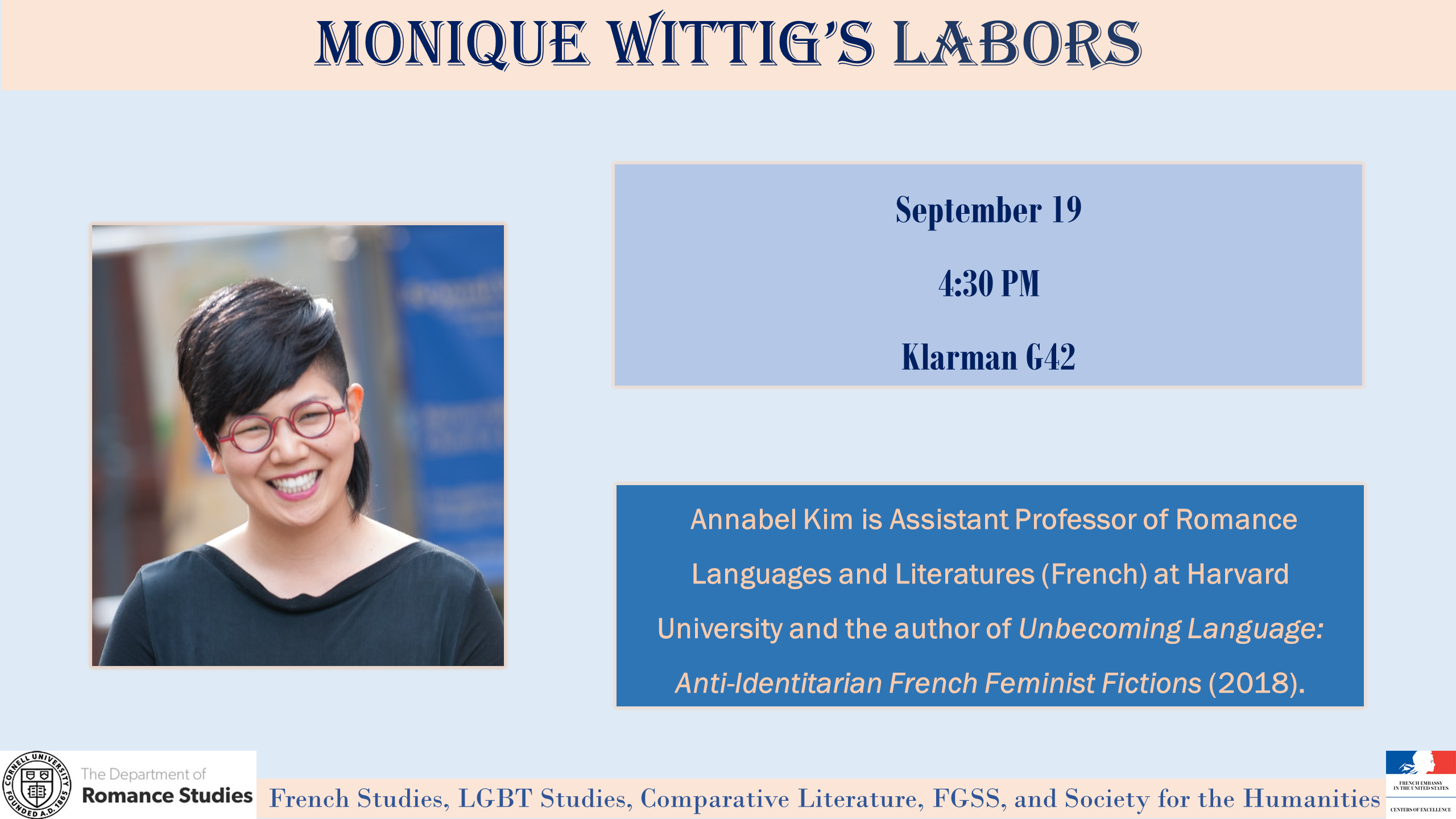 The French feminist writer and theorist Monique Wittig is underrated. Wittig’s legacy, both literary and conceptual, does not reflect her work’s boldness and significance. This is due in part to the way Wittig has been cleaved in two, her literary production cut off from her critical, theoretical production. Her reception in the American academy tends toward the latter: amplified by Judith Butler’s account of Wittig in Gender Trouble (1990), The Straight Mind (1992) has had considerable traction as a work of feminist theory.

In “Monique Wittig’s Labors,” I put Wittig the writer and Wittig the theorist back together. I demonstrate how for Wittig, these two strands of production are coextensive. Wittig always insisted on her identity as a writer, first and foremost, because of the way literature reveals language’s materiality in a way that purely critical writing cannot, bringing our body and language’s into a corps-à-corps. This revelation calls on us as readers to assume a writerly relation to language and engage in the difficult labor that a writerly writer does of working with this material that is as resistant as it is malleable.