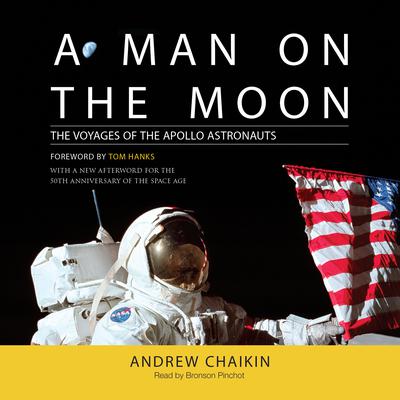 "Apollo Plus 50: Why the Moon Landing Still Matters"

Half a century after humans first landed on the moon, space historian and author Andrew Chaikin will discuss the enduring legacies—technical, scientific, and human—of the Apollo program. Chaikin is best known as the author of “A Man on the Moon: The Voyages of the Apollo Astronauts,” widely considered the definitive account of the missions. The book was used as the basis for Tom Hanks’ Emmy-winning HBO miniseries, “From the Earth to the Moon.” Chaikin is now a visiting lecturer at NASA, teaching about the human behavior aspects of success and failure in spaceflight projects. Chaikin has authored books and articles about space exploration and astronomy for more than three decades. Writer-director James Cameron ("Titanic," "Aliens of the Deep") called him “our best historian of the space age.”

So interesting to hear about the behind the scenes info on the moon landing!!

Wow, what a great talk. Mr. Chaikin is passionate about space exploration and history, but he balances the science with the human elements. He shared bits of newly discovered audio and video, and inside info from his interviews with astronauts and others in NASA. He was a very comfortable speaker and it was like sitting down and talking with him in a living room.

This was a great talk! Thanks so much for having Mr. Chaikin at Cornell during this very historic week in space history.