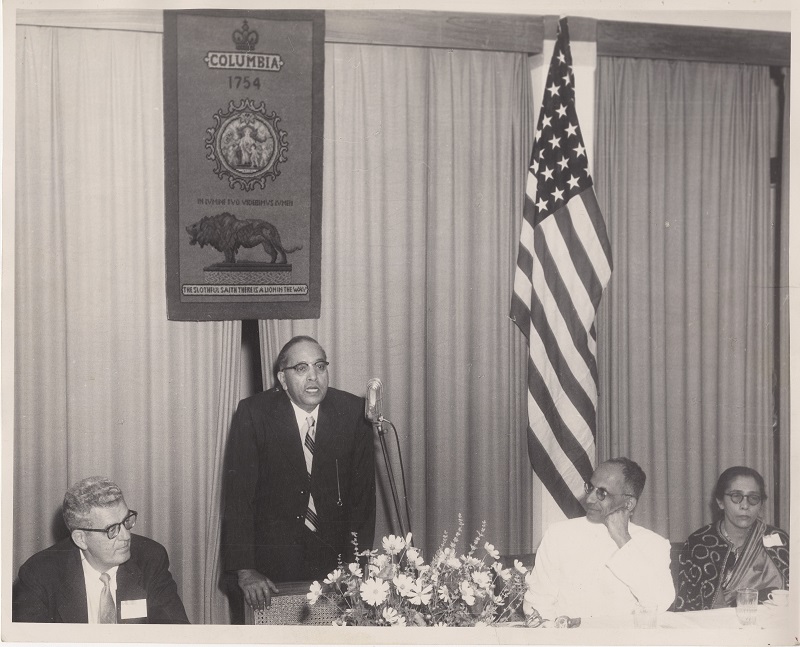 This talk seeks to locate elements of B. R. Ambedkar's thought in the context of American intellectual history, urban transformations of the interwar, and emergent links between race and caste. The main focus of the talk rests on an engagement with two proximate texts, W. E. B. Du Bois's Black Reconstruction (1935) and B. R. Ambedkar's Annihilation of Caste.

Anupama Rao has research and teaching interests in gender and sexuality studies; caste and race; historical anthropology; social theory; comparative urbanism; and colonial genealogies of human rights and humanitarianism. She is Senior Editor, Comparative Studies in South Asia, Africa, and the Middle East; Associate Director, Institute for Comparative Literature and Society; and organizer of the Ambedkar Initiative, which is supported by the Provost’s Office (Barnard), the Deans of Humanities and Social Sciences (Columbia), the Office of the EVP (Columbia), Columbia University Press, and the Columbia Libraries. Rao also co-directs the project, “Geographies of Injustice,” hosted by Columbia’s Center for the Study of Social Difference. Rao's work has been supported by grants from the ACLS; the American Institute for Indian Studies; the Mellon Foundation; the National Endowment for the Humanities, and the SSRC. She was a Fellow-in-Residence at the National Humanities Center from 2008-09, a Fellow of the Center for Advanced Study in the Behavioral Sciences at Stanford during 2010-11, and a Fellow at REWORK (Humboldt University, Berlin) in 2014-2015.