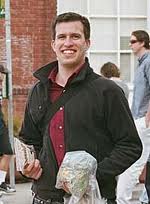 Abstract: Local and regional food production, distribution, and marketing have been identified as important parts of national agricultural and rural economic development strategies in England and the United States.  Often these local food projects are collaborative and are formed from cooperation between producers, small businesses, and citizens.  In the United States, national advocacy groups promoting local food behaved cooperatively and formed urban-rural coalitions to enact sixteen national local food policies since 1976.  However, in England, national advocacy groups promoting local food worked separately and excluded grassroots stakeholders from policy decision-making.  The lack of accountability to local food stakeholders enabled the communication of an environmental-centric policy narrative of local food and food miles to policymakers.  National policymakers rejected this narrative and policy opportunities declined during the 2000s.  A combination of interview and participant observation data shows that national policymakers were interested in social and economic narratives of local food, like those used by local food stakeholders.  Yet, English advocacy groups were not structured to pursue cross-sector policy opportunities: funders focused resources on single-issue media campaigns.  As a consequence, competition between national advocacy groups resulted in intense rivalries and national interest groups “policed” the activities of smaller stakeholder-led organizations to maintain political influence.  In contrast, a case study from the American local food movement shows that when funders provided resources for policy collaboration, national advocacy groups overcame coordination failures, formed new political alliances, and introduced a new, holistic “food systems” narrative.  Empirical evidence gathered from a long-term analysis of local food policy activities, from 1976 in the US and 1991 in England, shows that increasing inclusion in civil society can increase policy outcomes despite countervailing trends of social segregation and political polarization.  A significant implication of this research is the role of funder decisions on maintaining and overcoming pre-existing forms of social exclusion.

Presentation Overview: This presentation will give an overview of the research, focusing on how the comparative analysis was conducted.  By comparing different aspects of each country’s policy process – institutional processes, advocacy group decision-making processes, stakeholder activity – it was possible to identify the greatest degree of difference was between national advocacy groups and their engagement of stakeholders.  After introducing the comparative methods and main findings, a handout comparing the level of stakeholder engagement levels in American and English national advocacy groups will be discussed.  A focus of this discussion will be organizational models and decision-making processes (sometimes described as “structural processes”) that enable stakeholder participation and limit stakeholder participation.

Speaker Bio: As a policy entrepreneur, Alan has formed relationships across sectors, interest groups, and professional disciplines to broaden support for sustainable food systems. He worked in Washington, D.C. for more than five years within national policy alliances to promote local and regional food systems and food access. Local Food Strategies LLC was formed in 2010 and has served the non-profit sector, academia, and industry. His work with policymakers and advocates on promoting local and regional food systems spans two continents.

Alan is currently pursuing a Ph.D. in Rural Development at Newcastle University's Centre for Rural Economy through which he is comparing how national-level local food policies developed in the US and the UK over the past two decades. Also, he was awarded a Fulbright Scholarship during 2010 to 2011.

Previously, he served as a Policy Analyst and Senior Policy Analyst at the Northeast Midwest Institute (2005-2009), where he was an assistant to the coordinator of the $5 million Farm and Food Policy Project and later Coordinator to the Project (2008). In this role, he was responsible for implementing the locally and regionally produced food priority in the USDA Rural Business and Industries Loan Guarantee program and the Healthy Urban Food Enterprise Development Center. He also assisted with the development and implementation of the USDA Food Desert Study.

In 2009, he was a Senior Policy Associate at Wallace Center at Winrock International (2009). He was the proposal lead for their successful application for the USDA Healthy Urban Food Enterprise Development Center, a $3 million, three year grant and technical assistance program designed to support market-based approaches to increase healthy food access in low income communities.

Alan grew up on a small farm in rural New Jersey.