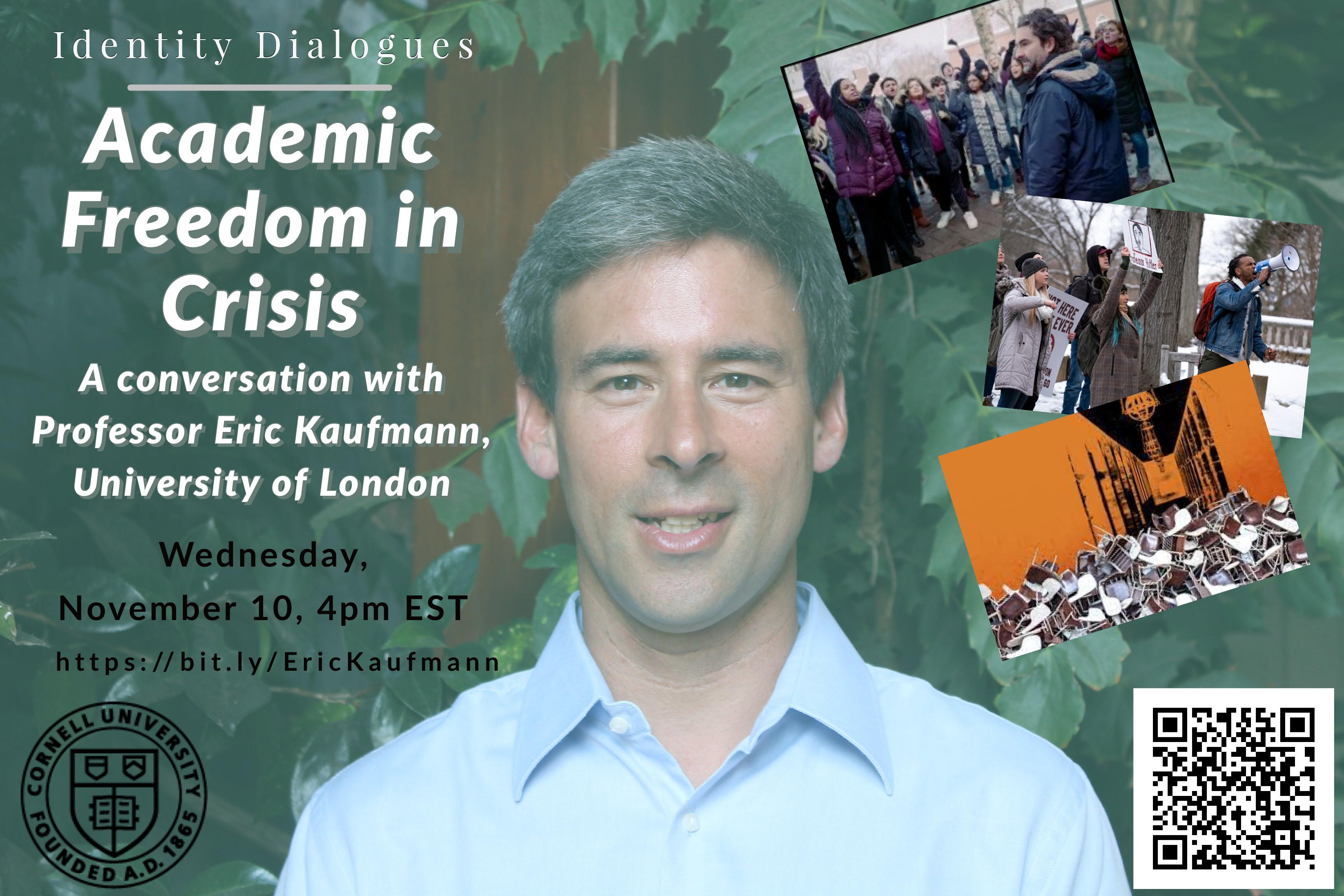 "Academic Freedom in Crisis: Punishment, Political Discrimination, and Self-Censorship” is the first study to investigate authoritarianism and political discrimination in academia, relying on survey responses from both the perpetrators and targets of discrimination. As the study reports, “Over 4 in 10 US and Canadian academics would not hire a Trump supporter, and 1 in 3 British academics would not hire a Brexit supporter.” (The study is available here: https://cspicenter.org/reports/academicfreedom/)

Study author Professor Eric Kaufmann will discuss the findings, their roots and implications, at the fifth meeting of Cornell’s Identity Dialogues Series on Wednesday, November 10, 4 pm, via Zoom: https://bit.ly/EricKaufmann.

Eric Kaufmann is Professor of Politics at Birkbeck College, University of London. He is the author of Whiteshift: Immigration, Populism and the Future of White Majorities (Penguin/Abrams, 2018/19). Shall the Religious Inherit the Earth (Profile Books 2010), The Rise and Fall of Anglo-America (Harvard 2004), The Orange Order (Oxford, 2007) and one other book. He is co-editor, among others, of Political Demography (Oxford 2012) and editor of Rethinking Ethnicity: Majority Groups and Dominant Minorities (Routledge 2004). He has also written for the New York Times, Wall Street Journal, Times of London, Newsweek, National Review, New Statesman, Financial Times, Wall Street Journal and other outlets.